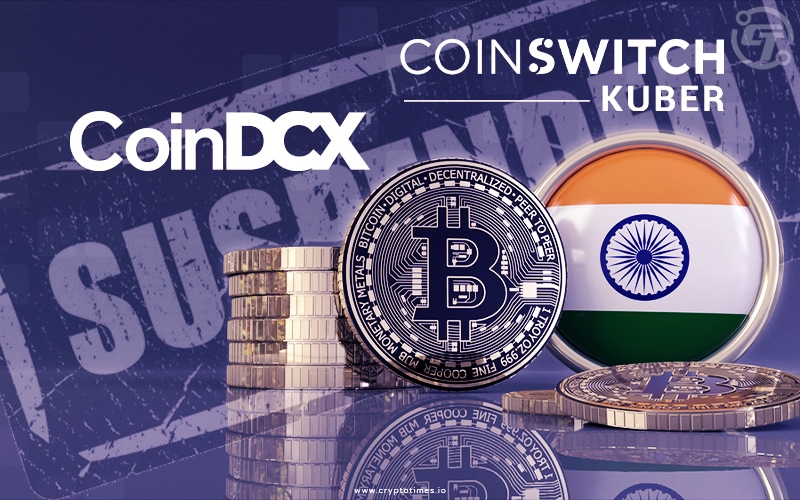 According to sources, the Enforcement Department of Bengaluru has sent out notices to CoinDCX and CoinSwitch under suspicion of violating FEMA regulations.

The two cryptocurrency exchanges are now under the radar of the Central Government of India; thus, the ED has sent a warning notice to crack down on the firms. The officials from both the crypto exchange platforms have been summoned.

The two firms were suspected of violating the Foreign Exchange Management Act, and the ED is trying to figure out whether CoinDCX and CoinSwitch are involved in the violation of foreign exchanges or not.

How did the higher officials from both firms react to the allegations?

Sumit Gupta, the founder of CoinDCX, stated that no allegations had been registered against their firm. The ED of Bengaluru was carrying out a courtesy examination of how cryptocurrency exchanges work.

And he further said that they have completely cooperated with the investigative agency and provided every crucial piece of information for satisfying the requirements of the departments; no subsequent data is pending from CoinDCX’s end.

A spokesperson from CoinSwitch has answered the allegations, stating that they always keep receiving queries from government agencies and there is nothing to worry about.

The crypto world is in an early development stage but with high potential. Therefore, such enquiries are more than welcome. He further continued, saying that they function with absolute transparency.

Last year, in June, WazirX was sent out for similar notice under the suspicion of violating FEMA laws for conducting a crypto deal worth 2800 crores approximately.

Binance can now operate in Spain with its Subsidiary

Will content creators have a promising future in Web 3.0?