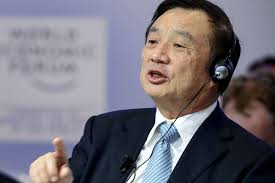 Huawei is the world leader when it comes to telecommunication and networking equipment.
In the last couple of years, Huawei also did manage to curate the best smartphones in the
world. But now, it seems, the CEO of Huawei has got something else entirely in his mind.
Ren Zhengfei is excited about the inception of the local cryptocurrency in China.
The Chief Executive Officer of Huawei says that he wants to invest his time and his resources
in curating a cutting-edge cryptocurrency. By the looks of it, the CEO also said that the
Chinese government should bring a cryptocurrency into existence before Libra becomes a
worldwide phenomenon.

China can easily create a cryptocurrency

Ren Zhengfei, the CEO of Huawei, recently had an interview with L’economia, an Italian
media news outlet. During the interview, Ren Zhengfei said that as a country, China has the
capability and the resources to curate a cryptocurrency. Moreover, Zhengfei is also sure that
it would be an easy task for a country such as China.
Also, during the interview, Zhengfei did get a question. The interview told him how does
Zhenfei feel regarding the dominance of the US when it comes to cryptocurrency. In addition
to that, he was also asked about how Facebook’s Libra would influence international digital
and fiat currency.
Ren immediately said that China is more than capable of issuing cryptocurrencies.
Additionally, it would be sheer foolishness to wait for Libra to become a primary digital
currency. According to Zhengfei, the real strength of a single more significant state is always
higher than a company that is popular on the internet.

Whatever Ren did say during the interview doesn’t mean that Huawei is going to create a
local cryptocurrency. Moreover, Huawei has no intention to go against the social networking
platform giant. So, far Huawei has been incredibly successful in creating many blockchain
advancements over time. Huawei is best known for collaborating with a significant
Hyperledger consortium.

After the unification of brilliant companies, Huawei and Hyperledger came up with a
blockchain cloud service. Huawei did also say that the company is advancing the blockchain
technology in every passing day.

The inception of cutting-edge blockchain by Huawei

For a long time, Huawei was looking to work in blockchain technologies. In the year 2016,
the company became Financial Blockchain Shenzhen Consortium’s inaugural member. Later
in the year 2018, the company also came out with a white paper concerning the company’s
blockchain. The whitepaper states that the Huawei blockchain is built on Huawei’s cloud
platform.
Other than Huawei, significant other tech giants such as Baidu, Tencent, and Alibaba are also
curating their blockchain projects. On the other hand, Tencent and Alibaba are also the
popular parent companies of WeChat Pay as well as Alipay. By the looks of it, these
blockchain projects are the greatest rivals of Libra by Facebook.
The notable members of the central bank of China said that the deployment of Libra might
hurt the economy of the country.