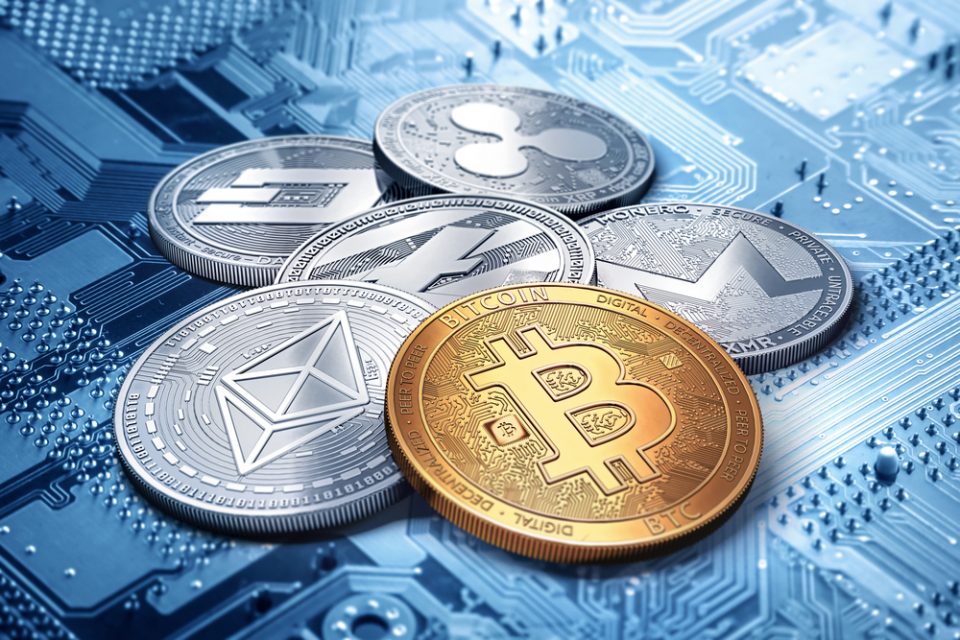 Bitcoin is a network of users that uses the same software from their computers, called nodes, because they are networked with the other computers in the network. When a connection is established between two computers in a network, it is usually called a peer-to-peer connection.

The special thing about the peer-to-peer Bitcoin network is that there is no intermediary or central authority that controls the network database shared by the nodes (networked computers).

In a normal transaction between a customer and a pizzeria, the intermediary is the bank when we pay by card or transfer because the transaction must be confirmed by the bank.

Bitcoin features and units of measure

Bitcoin is not a physical currency like fiat money or gold coins, but it is digital money. Bitcoin can be divided up to 8 tenths, 0.00000001 BTC (Bitcoins) equals one Satoshi.

The most common units of measurement that are usually used are:

Why are such small units needed? Due to the small number of Bitcoins that are going to be issued, 21 million in total until 2040 and a possible revaluation until 2040 in terms of fiat money such as euros and dollars can make relevant the use of Bitcoin fractions for use in life everyday

Where are Bitcoins stored?

Bitcoins are stored in software on the computer or mobile phone (although mobile phones are less secure and recommended for small quantities). That software is called purse or eWallet in English.

From the eWallet you can check the status of the account, receive and send Bitcoins. The sending or receiving of Bitcoins is done with addresses, for example this: 31uEbMgunupShBVTewXjtqbBv5MndwfXhb , and you can create all the addresses you want to make payments or receive Bitcoins.

XBT is the standard Bitcoin currency code that was agreed in September 2013 by SIX Interbank Clearing , which is responsible for maintaining the list of world currency codes. Six Interbank Clearing uses the ISO 4217 standard to define the three letters that will represent the currencies of countries and regions. He has also defined the code for gold and silver: XAU XAG based on their chemical names.

The cryptocurrency is an instrument of exchange of value such as paper money, gold and silver. The innovation it brings is that the exchange is decentralized, there is no central control agent, the transactions are direct between two parties.

It is no secret that cryptocurrencies are probably the most volatile assets that exist today. They change prices constantly, sometimes even very sharply. Who has not seen their price move by 10% in a single day, either up or down?

The use of cryptocurrencies is based on the principles of cryptoeconomics. Crypto economics comes from two terms: cryptography and economics.

People tend to forget the “economy” part of this equation and it is precisely that gives the blockchain some of its unique capabilities and characteristics. In addition, we must say that cryptocurrencies are totally related to the blockchain concept since they need this technology to issue and receive the transactions that their users issue.

Torrents have used it for years to share files. However, it is with cryptocurrencies that technology has become more popular.

In a Torrent’s system, anyone can share their files with a decentralized network. The idea was for their users to download them and once the download was finished, they shared the file with the network so that others would do the same.

The problem that was identified from the beginning is that most users are not altruistic enough to continue sharing the downloaded files. Without any economic incentive, users have no motivation to continue sharing a file that takes up unnecessary space on their computers.

How to invest in Bitcoin Cryptocurrency?

Bitcoin and cryptocurrencies are all the rage. We will explain what this virtual currency is, how it works and where it can be bought and sold.

Virtual currencies arise as an alternative to traditional fiat currencies and have their greatest exponent in bitcoin. The cryptocurrency has become one of the best long-term investments & full of risks, yes.

An easy and simple way to start investing in Cryptocurrency is at kiwikrypto, that have created a blockchain where you can find the best ones.

Everyone will get rich and achieve financial freedom by investing in cryptocurrencies. Seriously?

Bitcoins are traded on the cryptocurrency market, and can be bought and sold as a normal currency through an electronic wallet or Wallet.

The difference between cryptocurrencies and euros, for example, is that the former are virtual and decentralized currencies, without being controlled by banks or institutions such as traditional currencies.

Many people say that cryptocurrencies will be the basis of the economy in the future, but right now they don’t look like something like that.

Right now people are considering investing in bitcoins to earn money quickly, but not use them as a form of payment.

Therefore, it is essential that you avoid losing money when buying and selling bitcoins with the intention of earning money in the short term.

How to get in bitcoins

What do you have to do to get a bitcoin? There are basically three ways to get one of these cryptocurrencies: mine bitcoins, buy bitcoins through a platform and sell something and get paid in bitcoins.

Of the three formulas to get bitcoins, the first two are the most used unless you have an online store and, in addition, accept payment with virtual currency.

How to invest in bitcoins

Another formula to get bitcoins is to invest in virtual currencies . In other words, speculate with cryptocurrency as we would do with gold, oil or any stock.

How to buy bitcoins

To buy bitcoins, simply go to Kiwi Krypto or one of the bitcoin trading platforms. Those who already invest in the stock market will find it similar, although somewhat different from that of a broker to use.

These platforms are called bitcoin purses and this is where virtual currencies are stored. There are different types of bitcoin wallets depending on issues such as security and usability.

The first ones are bitcoin wallets for PC, which you can download as a program for your computer. The second are the online purses of virtual currencies, which can be for mobile phones or for computers, it is indifferent. The second are the safest and are the hardware purses. It’s basically a physical device that store the virtual codes of your cryptocurrencies.

As a user you can use one or more virtual wallets that will have their backup passwords and encryption system. In this sense it is common for online purses to request double confirmation of passwords via SMS.

What bitcoin wallet to choose?

The market for bitcoin wallets is wide. The Bitcoin Wallet you choose will depend on the use you want to make and the amount of bitcoins that you have associated with your user address. Virtual purses are suitable for small amounts because they are much faster when it comes to trading. On the contrary, they are not as recommended for storing large quantities. Of course, when operating with these purses it is essential to keep the private key that they will give us, since it will be the one that will allow us to later recover the bitcoins.

As a general rule, the higher the number of bitcoins under your belt, the more advisable it will be a physical wallet and not constantly connected to the network. The danger at this point is what can happen if the device is broken. Again, the solution involves pointing on paper and having the account’s private key or private address located.

When choosing cryptocurrency wallet  there is a difference between those that are purses to use, with their public and private key, and bitcoin platforms, where in the end it is the web that guards the money and not you with your own keys.

Once you choose your bitcoin portfolio, the operation is very similar to that of a purchase and sale of shares. The difference is that, depending on the payment method, the order will take more or less to execute.

But as with a broker to use, you can enter your wallet and see the evolution of bitcoin and its translation into euros. What does change is that there is no reason to buy 1 whole bitcoin, just choose the amount to invest. That will result in a portion of bitcoin.

In the case of these bitcoin trading platforms, transactions are controlled by a third party, which is the platform. That is, security depends on them and it is they who have the private keys of bitcoins market, it is not very different from choosing a stockbroker or a fund supermarket.

Bio: I’m juliana, a South Africa based research content developer for Kiwi Krypto. Where we sell 25 major alt crypto currencies & our most orders complete in under 2 minutes

How Minecraft taught can touch our unlimited potential

The Evolution of The Cryptocurrency Investment Market