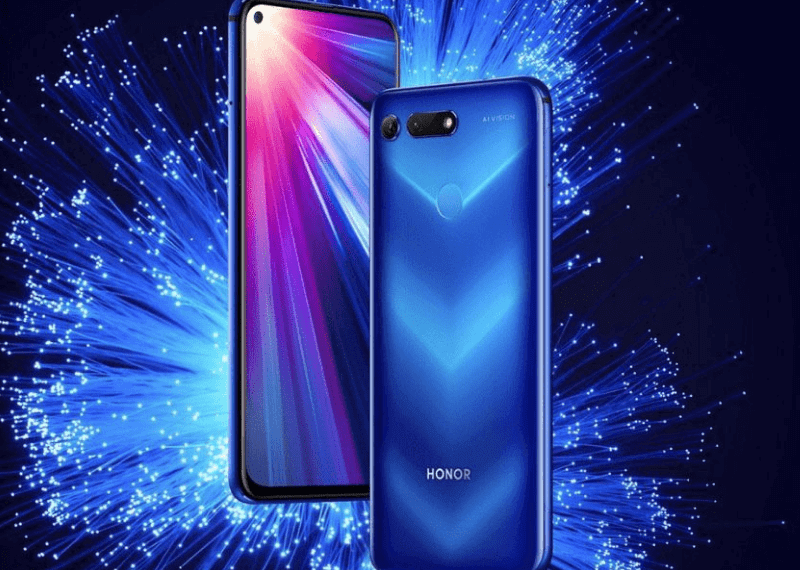 At this period, it is easier to forgive people who have consigned the flagship device Honor View 10 in a distant corner of their memory. Given that, Honor View was a pretty decent high-end device, but there was nothing exciting about the phone that could be considered as a breakthrough in the Smartphone industry.The Honor View 20 is entirely different for a lot of ways. The first and the foremost feature of the View 20 is that the phone comes with a brand new all-screen display that has ditched the requirement of a notch. Secondly, the main attraction of the phone is that View 20 features an interesting super high-resolution camera setup. And the last but not the least, another feature of View 20 which sets the phone apart is the design of the device that injects the much-needed pizzazz.

Honor View 20 has reportedly been announced for the Chinese market this month, and the phone will make a debut in the global market at an event which takes place in Paris on the 22nd of January. At the beginning of this month, the tech geeks have traveled all the way to Shenzhen, Beijing and Hong Kong, China to have a first look at the phone before it makes its way for the public unveiling and get a hands-on experience to gather the information as to what makes the phone better than the rest.

Just like the predecessor, the Honor View 20 is also built upon some of the best-in-class hardware designed and produced by Huawei which is available even during the launch. This simply indicates that people who are opting to buy this phone are going to get the same powerful platform that they have witnessed in the superior Huawei Mate 20.

The display of the View 20 has quite an amazing engineering behind it. The module of the camera is sitting right under the LGP light guide plate alongside a technique known as pixel transitioning which is used for allowing light to through the hole in the layer made up of the liquid crystal. The headphone grille lives out in a small cut out placed between the panel glass of the phone and the top bezel.

The ambient light sensor of the device is relocated to the top-most part of the outer metal frame for keeping the face in the front as vivid as possible. The 6.4-inch display makes it easy for single hand operation. The Honor View 20 is available in blue, black and red. This model is comprised of a 48-megapixel sensor by Sony IMX 586 with f/1.8 lens. View 20 also sports Time of Flight by Honor to improve the recognition of 3D objects.

View 20 even features dual-band GPS, Artificial Intelligence cooling and a triple-antenna Wi-Fi. The AI Smart Cooling feature is designed for leveraging the power of the HiSilicon Kirin 980 for predicting the overheating scenarios even before they occur. The AI Smart Cooling changes the way the Operating System processes the impact of tasks and apps to perceive lags furthermore. So if you were waiting for something better from Honor, then this is it!

Also Read:  Most Anticipated Game Of 2019: Pokemon For Nintendo Switch

The Pokemon Go EX Raid Pass Wave for 2019 Has Begun!