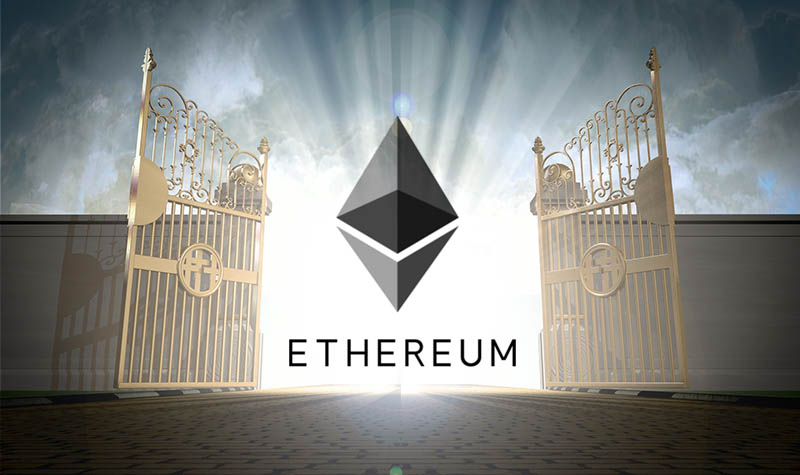 Although everyone focuses on Bitcoin, analysts point towards another cryptocurrency, Ethereum. As per matter of fact, the cryptocurrency underperforms leading one that is Bitcoin. Ethereum is not far from the statistics as that of Bitcoin. As Bitcoin goes by 130 percent, ETH follows suit with 100 percent currently.

However, many still believe that Ethereum has good potential to accelerate gain in the market. Ethereum sees a crossover of 100 EMA and 100 SMA in its one day chart. For the record, EMA means exponential moving average, and SMA means Simple Moving Average. As per the recent tweet of Josh Olszewicz, he revealed some facts.

According to Olszewicz, the last crossover for ETH in the two levels happened back in 2017’s Bull Run. Back then, the asset followed the rally to transcend from mere single digits to 1,400$. While it is not likely that ETH will follow such suit again, the current cross over is bullish.

Such crossover occurred four times in the history of ETH, advancing to 5th- Josh Olszewicz

In his tweet, Olszewicz says that such crossover occurred four times in the history of ETH. Also, he speculates the next cross over to happen shortly. As per matter of fact, Josh Olszewicz is from Brave New Coin. And, this company is a blockchain company and a crypto asset market data firm too.

However, this data is not alone optimistic for ETH chart. According to some experts in the crypto domain, ETH has still some moisture holding in its clouds. Precisely, Nebraskan Gooner postulated yesterday that BTC might breach the level of $400,000. It is big speculation indeed, but many others are also in the race joining Gooner. As per Gooner’s postulates, the chart of ETH sees consolidation in its breakout. It is because it retests its support levels towards the breakout. These data shows ETH to sit in smooth upstream, which prepares it to take part in the bulls.

Significantly, the current chart looks strong with the fact that ETH holds the support levels above. As a result, it sets a perfect stage for the breakout. On the other hand, OBV or On-Balance Volume indicates trends to look at high volumes in the bullish run. Eventually, OBV has become a significant signal to indicate breakouts.

Moreover, the technical data of ETH are not the only ones to show bullish run. The fundamentals of ETH also show some great bullish trends. Previously, ETH Gas Station went on to reveal that ETH broke the records yesterday. As per matter of fact, ETH broke the record for the overall usage of gas daily. Concisely, it implies that the chain went on to process huge data from numerous users.

Notably, ETH is down over a percentage of 70 from 1,400 dollars reached in 2018’s beginning of crypto-mania. Furthermore, there are other signs of interest surge of ETH as well as a platform. As per research division of Binance’s recent tweet, ETH networks show green flash. Specifically, active addresses reached about ten months high. With this, the market cap of ETH surges to about eight months high.

A new app where visual stories are shared between people with the same passions.