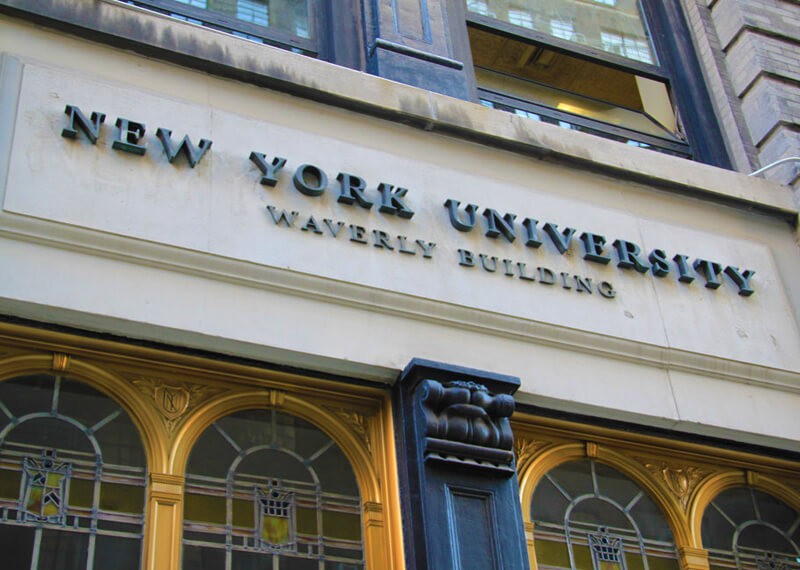 Founded in 1831, the New York University will now be offering its students in the United States to major in cryptocurrency. In an interview with CBS New York, Andrew Hinkes an adjunct professor at NYU mentioned that the university is planning to provide students with an in depth understanding of the legal and business aspect of cryptocurrency and blockchain.

Hinks mentions, “We hope to establish a groundwork so that the students can understand what’s really happening under the hood so that they can understand both the legal and the business implications, and prepare them to go out and tackle this new market”.

Ever since educational institutions such as Stanford and MIT started providing their students with an option to study fields such as cryptocurrency and blockchain, there has been a marked rise in demand for courses related to cryptocurrency. According to a Mustafa Khan, who is majoring in cryptocurrency at the NYU, millennials believe it is imperative to know as much as they can about an asset class that is set to be closely integrated with the finance sector.

Khan states, “In the environment, we live in today, it’s become especially relevant to get a hold of how new technologies work and how they interact with the legal system”.

The finance department chair at the NYU, David Yermack observed that individuals who had completed their education at the university found themselves returning in order to better grasp the rapidly emerging technology. According to Yermack, “There are a few people who graduated some years ago but have come back to sit in on this just because of the novelty and the edginess of the topic”.

Adam White, the vice president at Coinbase, also chimed in about the rapid rise in universities offering courses encompassing cryptocurrency and blockchain and said, “This is a grassroots movement. These are students saying, ‘hey, university, I want to take a class on this.’ I think they see the development, the birth of a new industry. In many ways, we look at things like Bitcoin and Ethereum and blockchain as the internet 3.0”.