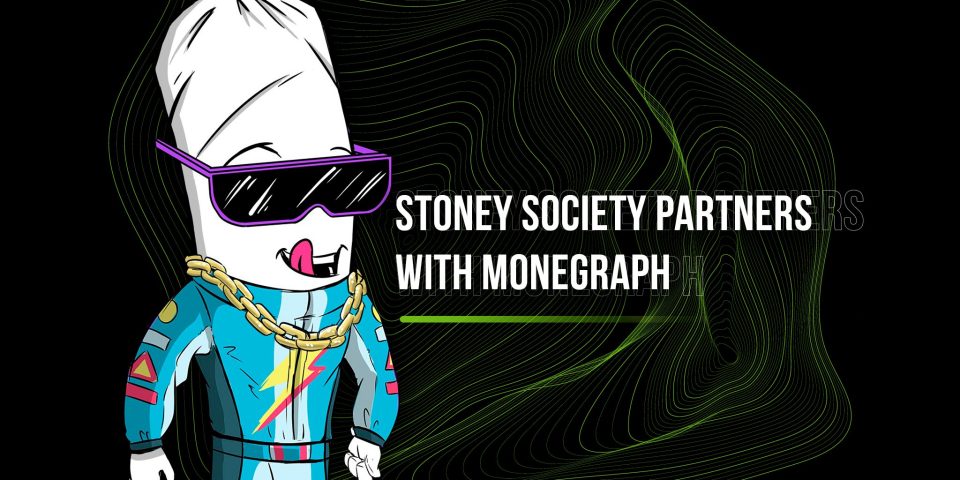 The global cannabis market rose to over $26 billion during the COVID-19 period in 2021, rising from roughly $20 billion in 2022. The market is expected to reach more than $176 billion by 2030, growing at a CAGR of 23.9 percent. There are various drivers behind this impressive growth. Among them is the rising awareness of the plant’s medicinal benefits and the increasing application of Cannabis extracts in industrial processes.

Even though Cannabis has its demonstrated benefits, the use of over 0.3 percent THC in the United States still remains illegal at the federal level. Despite efforts for complete legalization, many states remain reluctant to permit use for medicinal, recreational, or even industrial purposes. Still, efforts of supporting communities are determined and have initiated several campaigns to push for legalization.

Of the many,  Stoney Society, an Ethereum-based NFT project that agitates for the legalization of Cannabis, stands out. The project has made its mission to promote the plentiful benefits this plant can bring to the world and is making concrete steps to make it legal.

By advocating for Cannabis, highlighting the plant’s benefits, and weaving their campaigns with NFTs, the project’s creators are convinced that all users should have low cost , unfettered access to the wonders of the Cannabis plant.

Subsequently,  Stoney Society has launched the Stoney Society Fundraiser program in their attempt to combine two exciting multi-billion dollar fields in crypto and cannabis. By explicitly integrating NFTs that earn members discounts at partnered dispensaries, the team can easily reward proponents, given the decentralized, borderless nature of the underlying Ethereum blockchain.

At the same time, they would quickly raise funds by distributing their 8,888 unique NFTs. Each Stoney Society NFT has several utilities, permitting owners to gain access to its vibrant global community that hosts events, earns tokens, and opens the door to discounts on cannabis products worldwide!

As an exclusive project where like-minded users interact, users can gain access by minting any of the 8,888 NFT. To get updates on mint, users can join the team on the Stoney Society Discord to keep up to date with events, announcements and all other information.

Stoney Society has excitedly partnered with Monegraph; the technology platform that was launched by Kevin McCoy in 2014 provides the requisite technology to make NFTs beneficial for creators and their communities. Monegraph allows users and teams to create their custom NFT marketplaces by supplying tools and infrastructure supported by custom smart contracts. Primarily, Monegraph’s target is on high-value digital assets demanding special attention to media while requiring advanced auction software to reach broader audiences. The platform, since inception, has provided technology to power leading auction houses such as Sothebys and Christie’s and at the same time, have on-boarded leading creatives including Timbaland, a Grammy Award winning recording artist.

As noted in the public roadmap, Stoney Society will be raffling off an official Stoney wrapped Lamborghini and giving away $200,000 of ETH. The team behind Stoney Society has come up with a revolutionary NFT airdrop campaign that coincides with exclusive raffles prior to the grand prize raffle. Although each raffle doesn’t boast out of this world prizes like a Lamborghini, they certainly aren’t anything to dismiss. Some prizes include limited edition Stoney merch, VIP concert passes to Stoney partner and rap icon DaBaby, exclusive event passes and tons more!

Meanwhile, users can join the Stoney Society Discord for a chance to receive ETH giveaways and other exciting prizes that will be distributed weekly until day of mint. Check out the Discord or the Stoney website for more information regarding the raffles and how to enter.

How To Get Into Crypto Betting?

Get in on the Ground Floor: Top 10 NFT Utilities You Should Know