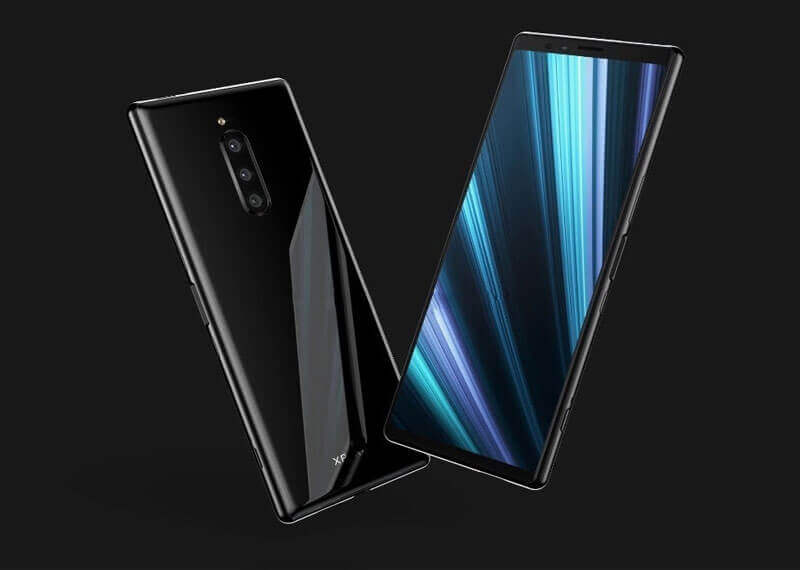 Japanese Smartphone maker, Sony was mum about its upcoming Smartphone launches at the recent CES tech fair. However, it seems that the silence is not going to last any longer. The company has started sending media invites for an MWC 2019 event held on February 25 at Barcelona. The invites have been sent to Italian and Russian media channels so far. It is also expected that Sony will send English invites to the media soon. However, the invite does not offer any details related to the event and just reveals a phone’s profile. But if rumors are to be believed, then Sony is expected to launch its new flagship as well as some mid-range devices at the upcoming event.

Though the Japanese tech giant may have canceled its Xperia XZ4 Compact Smartphone, it still has a major contender, the Xperia XZ4 to be released. Additionally, the rumors suggest that the Xperia XZ4 will be the company’s major announcement at the event.

Take A Look At The Amazing Specs

Sony Xperia XZ4 is expected to feature a big 6.5 inch OLED display without a notch with aspect ratio of 21:9. While 18: 9 proportion is available in most phones, it will be the first time that the 21:9 aspect ratio will be seen in a Smartphone. Besides, Sony is also trying to focus more on the camera optics with its Xperia XZ4 as the company will feature triple rear camera setup. Further details about the setup are still come out.

The handset will also sport a fingerprint sensor mounted on the side over the invisible security authentication available now. The Xperia XZ4 is expected to be powered by Snapdragon 855 coupled with 8GB of RAM and 256GB of internal storage. The battery capacity of the phone will most likely be 3,900mAh which will support wireless charging. Besides, the handset is expected to run on Android 9 Pie.

Also Read: Netflix raises its subscription prices on all streaming plans across the US

Moreover, the company may also announce Xperia L3, Xperia XA3, and Xperia XA3 Ultra at the event as its mid-range offerings.

As per previous reports, the Xperia L3 will most likely feature 5.7-inch HD+ display with an aspect ratio of 18:9. It is being said that the phone will be powered by a 3,400mAh battery and Snapdragon 660 SoC. In addition to this, the handset will likely feature dual rear camera setup of 5MP and 13MP and an 8MP selfie camera.

The Sony Xperia XA3 is expected to feature a 5.9-inch display with an aspect ratio of 18:9. Snapdragon 660 SoC and 3,600mAh battery may power the phone. It might feature 23MP and 8MP dual rear-camera setup and an 8MP selfie camera. Regarding storage, the XA3 may be equipped with 4GB of RAM and 64GB of storage.

Meanwhile, Sony Xperia XA3 Ultra will most likely come with a 6.5-inch display with an aspect ratio of 18:9. The device will reportedly be powered by Snapdragon 660 chipset and 3,700mAh battery. Regarding camera optics, the phone is rumored to feature a 13MP selfie camera. The XA3 Ultra might also feature 6GB of RAM.