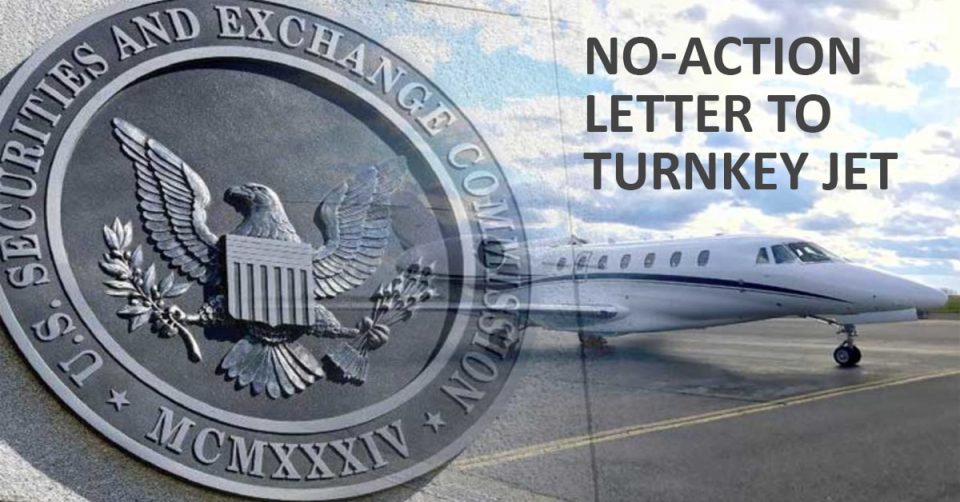 The US Securities and Exchange Commission or SEC issues NO- Action letter to TurnKey Jet, Inc. On Wednesday, It clears the firm to raise money through the selling of custom cryptocurrency. It agrees that the tokens, business travel startups use are not secure.

The Florida based startup, TurnKey Jet, Inc uses its token to help customers on booking of private jet travel. The SEC declares this statement in its letter. The lawyer of Turnkey Jet, James Prescott Curry worked to get the assurance from the SEC. With the help of this assurance from the SEC, it would take any regulatory actions against TKJ. SEC announced its decision on April 3 with references of a letter from Curry dated April 2.

James Prescott Curry says that he submitted his first draft on May 23, 2018. He explains that he had to wait for a long time about the result which came out to be rewarding. Curry estimates of taking over 50 phone calls with agency staff of SEC after the third quarter of last year. He explains that among those phone calls, four to five phone calls lasted for an hour to 90 minutes. According to Curry, the agency staff of SEC offered questions in detail about the purpose of TurnKey.

Curry further explains that the staffs referred the long calls as comment calls with the first ever call being an iterative one. The interaction between SEC and TurnKey started in October, says Curry.

The lawyer of TKJ goes o explaining the process that took place from the first call to the issue of ‘No-Action’ letter. He explains that with thorough discussions with SEC, he has to shrink the letter from a 20 paged one to a 13 page. He says that the company, TKJ was not sure regarding the relief from the SEC until the letter came out.

SEC requires the issuer to abide by the regulations

The sources from SEC told that the letter of No Actions requires the issuer to abide by the regulations to secure its no-action relief. It is a strong letter for the issuer but does not bind the Commission, says the sources.

The Lawyer of TKJ, James Curry serves on two technology committees. The two committees are from the Florida Bar association. Indeed, the lawyer was successful in issuing the company TKJ the relief from the SEC.

The first process that took place in the course of events to issue the relief was to call Washington. SEC likes that the entrepreneurs contact their staff. This is exactly what the company TurnKey did first in the process. Curry explains that the company has high regulations and interacts with many transportation agencies. It also interacts with public safety agencies which helped the company less resistant to enter ICOs.

Curry says that they began interacting with SEC without putting money in the course of action. They thought it as a very long process, says the lawyer.

However, Curry says SEC told them that they have good facts and it is easy to pass the test to issue the no-action letter.