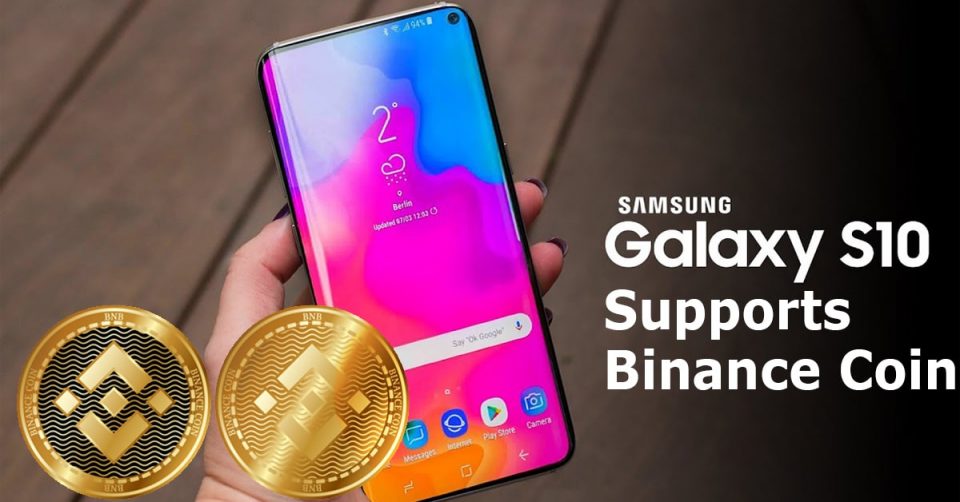 The largest Chinese cryptocurrency exchange Binance is heading towards a new frontier. Changpeng Zhao’s cryptocurrency exchange platform has found a massive push in adaptation in the smartphone industry. By the looks of it, Binance token is one among the 16 other default coins which Samsung Galaxy S10 supports. Changpeng Zhao then took it to twitter to express his gratitude to Samsung.

On the surface of the new development, experts are expecting that this adaptation is a significant breakthrough for the cryptocurrency market. Samsung is always a step ahead when it comes to adoption of the blockchain, Internet of Things and Artificial Intelligence. On the other hand, Binance Coin has become the largest cryptocurrency exchange since March 2018.

The scenario is changing!

For a few months now, the Binance Coin is getting an improved cryptocurrency scenario in the price valuation. According to the statistics as well as the experts, the cryptocurrency is in the list of world’s top-notch cryptocurrency. To improve the scenario, the team behind Binance has come out with a list of platforms featuring BNB.

The list of platforms only reflects Binance as a top notch payment platform around the world and in China. On the other hand, the team behind Binance has transpired a list based on infographics which use the BNB tokens. By the looks of it, this revelation made its way to the general public on 27th March 2019.

The categories of the statistics include Travel, Payment Options, Cash, Utility, Service, Platform, and Wallet as well as the Entertainment field.

Ever since the cryptocurrency exchange platform came into being, it has increasingly become famous around the world. On top of that after making it to the smartphone market, the user base of BNB will rise significantly.

The rumors of Samsung Galaxy S10 and Cryptocurrency wallet(s)

According to the source, the way the fingerprint sensor came to life questions the security of the device. Back in February 2019, Samsung said that it is going to integrate the blockchain wallet for storing the private crypto tokens. Nevertheless, dark shark attempted to bypass the biometric security of the device. The security researcher dark shark successfully managed the security system and unlocked the phone. On top of that, Samsung Galaxy S10 comes with its cryptocurrency wallet.