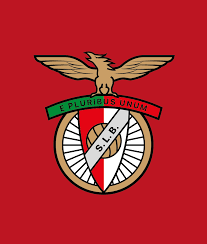 S.L. Benfica became the first-ever significant soccer team in Europe that is going to accept payments in cryptocurrency. The revelation came into being after Benfica said that it would partner up with UTRUST payment platform.

Benfica is presently the most famous club in the whole of Portugal. On the other hand, the soccer club is going to allow the fans to purchase the official merchandise with cryptocurrency. Additionally, the club will also enable customers to pay with UTK token by UTRUST other than ethereum& bitcoin.

S.L. Benfica will accept cryptocurrency for its e-commerce business

The club said that its decision for accepting the cryptocurrency payments surrounds the need for upgrading its existing e-commerce strategy. Benfica also said that it wants to expand its present-day global audience. According to the new data, Benfica, the Portuguese team currently has a fan base of around 14 million. In addition to the fan base, Benfica is also the most decorated club in the whole of Portugal.

Currently, the team hopes to broaden the rate of its audience by simply improving its user experience. And accepting cryptocurrency transactions will pave the way for Benfica to gain worldwide prominence.

Fans are important for Benfica

The fan base plays a crucial decision for adopting a new method of payment, according to Domingos Soares de Oliveira. On the other hand, the club recognizes that most of the supporters will become digital users. Thus, the club wishes to be right ahead of the curve to adopt novel technologies as they believe in providing the best online experience to their supporters.

The club also said that adopting the cryptocurrency payment system will eliminate the issues related to credit card payments. Mostly, the problems such as fraudulent and chargeback payments. Moreover, the use of cryptocurrency will allow the funds to reach the bank account of Benfica in fiat currency. The best part is that transaction will head to the bank account on the same day the payments are made.