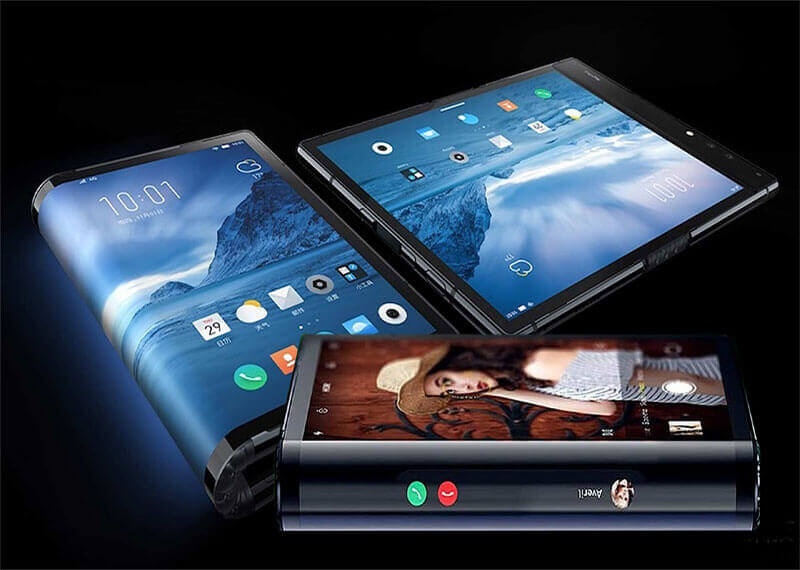 Royole has secretively been working on making its very own flexible mobile screens since the year 2012. And now, surprisingly the company has launched the world’s first foldable smartphone, FlexPai, even before Samsung.

Before heading into further details, you need to understand a few things first. FlexPai is a ‘real’ product, and the developer version of it is available for purchase from the company’s official website. The release date for the final Smartphone model is yet to be announced though.

Coming to the specifications of the phone, the Royole FlexPai in tablet mode features a big 7.8 inch flexible AMOLED display, with an aspect ratio of 4:3 and a resolution of 1920×1440 pixels. When the device is folded into half, users will get two display screens measuring nearly 4 inches, each with an aspect ratio of 16: 9 and 18:9. During this mode, one of the sides, switches to battery save mode when the other side is being used. The screens do not sit flat against each other when folded, owing to the wedged fold which creates a pretty weird shape.

The device is powered by Qualcomm Snapdragon 855 chipset, the latest 800 series version, and runs on Android 9.0 Pie. In the storage front, the Royole FlexPai is available in two options- one with 6GB RAM and 128GB internal storage and another with 8GB RAM and 256GB internal storage. Besides, the users also get the option to expand the internal storage to up to 256GB using a microSD card. The device is backed by a 3,800mAh battery which seems a bit small considering the large screen size of FlexPai.

Talking about the camera, the FlexPai features dual camera layout. There is a 16 MP camera along with a 20 MP shooter mounted on the left side of the screen when the device is in landscape tablet mode. There is also a LED flash along with the camera setup. There is no separate selfie snapper in the phone owing to its folding nature. The user can fold the Smartphone and use the cameras to capture either rear or front snaps.

It Is Worth The Wait!

The introduction of FlexPai developer models at the CES is very impressive and is pretty impossible to avoid. It is a phone and a tablet at the same time! Royole has incorporated an amazing interface for a foldable device which is otherwise pretty hard to execute.

When the device is in tablet mode, it works just like a usual tablet which is a good thing. However, when the device is in the phone mode, the situation is a bit confusing. All the application icons, as well as widgets, seem to be right where they should be. But when you turn on the other side while using an app half-screen, the homescreen seemed to be nearly empty.

At the current moment, it appears pretty clear the Smartphone future is packed with even larger sized displays in small bodies. Google is presently working to create a foldable Smartphone which will run on Android OS. And if this works out perfectly then, it could solve some of the massive compatibility and software issues of the company.