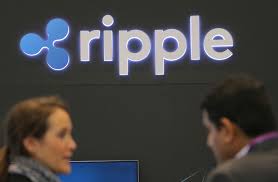 The Congress of the United States of America is not excited about the cryptocurrency. From the very beginning, the very idea of cryptocurrency is something that the Congress detest. And this is one of the significant reasons as to why Congress is trying to enact different bills to put regulations over cryptocurrency regularly.

In the meantime, blockchain technology is something that the different sectors of the world want to implement. On the other hand, in the previous week, the lawmakers in the US did provide a lot of skepticism towards cryptocurrency. In a recent interview, Monica Long, the senior VP of Ripple, has to answer concerning her feelings about cryptocurrency backlash.

What did Monica Long have to say?

Monica Long, the Senior VP of Ripple, feels that it is still important to inform the regulators about cryptocurrency. According to Monica Long, the world is going through a crossroad which nobody did expect to happen.

Monica Long also said that the regulators should have an open mind when it comes to adopting new technologies. Cryptocurrency is a groundbreaking technology that can revolutionize the banking sector. There is constant criticism that surrounds cryptocurrency. And this is because the governments around the world cannot control cryptocurrency. People need to understand that cryptocurrency is not the real enemy here, and neither is it an abomination.

The US should accept cryptocurrency as they did with the internet

In the 90s, the government of the US was going through a tough peril concerning the adoption of the internet. The experts of the past and the present also feel that cryptocurrency is going through the same phase. Later, the Congress of the US finally decides to put regulatory frameworks and look at where the internet is today.

Monica Long said that the whitepaper of Libra did manage to turn the negativity that digital currency had before. Now, people are learning about cryptocurrency and trying to understand what good or bad things would it bring forward. Even the blockchain industry is garnering traction and attention across the globe.

During the interview, Monica Long clearly said that Facebook was not part of the cryptocurrency and blockchain industry from the beginning. Moreover, this is something that the core cryptocurrency enthusiasts want to convey to the world.

Long, also stresses on the fact that several cryptocurrency enthusiasts are responsible for bringing in a new direction to the cryptocurrency industry. Ripple is one of the notable cryptocurrency firms which partners with distinctive financial institutions to make digital currency mainstream. Cryptocurrency also has the power to end money laundering. Even the fraudulent activities can end with the help of cryptocurrency. The only thing that the industry needs is unification.

If the US Congress brought forward a regulation when the internet was making a stir, it would have benefited the industry as a whole.