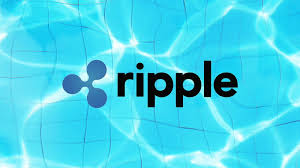 Ripple signs a deal with Coinfirm to bring light on the usage of cryptocurrency XRP. As a matter of fact, Ripple is the largest individual owner of XRP.

Coinfirm, a startup for regulation technology, will provide AML information to users. Precisely AML means Anti-Money Laundering which the startup will inform users about cryptocurrency. This move is to make users aware of whether ‘mixer’ has processed the cryptocurrency. Actually, ‘mixer’ is a processing technology for cryptocurrencies. Also, mixer launders cryptocurrency, and in doing so, it exchanges funds. And, the exchange happens from different counterparties. Besides this, Coinfirm will provide information about clustering, which happens when people send currency in small amounts via different addresses. Clustering takes place to disguise large transactions. Additionally, the regulation technology company will also ensure whether funds arrive from a known hack or not.

Notably, the information that the company provides will exclude actual identities of public address. Interestingly, the information does not tell the storage location of the cryptocurrency. On this context, the CEO of Coinfirm Pawel Kuskowski gives some statements. He says that the information will tell users whether an exchange allowing anonymous trade owns the address or not.  In addition to this, the startup will inform the authorization of the address, whether it is risky or not. After then, it will generate a report to provide suitable grades to the address. And, the grading will happen to start from low to medium and then high risk. Similarly, it will provide a score from 0-99. Precisely, the company rates 99 as the highest risk associating with money laundering.

Interestingly, the latest development in crypto domain surfaces only after a week FATF issued some guidance to cryptocurrencies.

For the record, the Financial Action Task Force previously issued some guidance which requires crypto exchanges to share information. The information that exchanges must provide includes the names of associating counterparties. Further, traditional systems of banking require the names of associating counterparties. As a result of technology, crypto developers can imagine new and unique methods to protect the identities of users.

Furthermore, Kuskowski says that he does not know the identities of users personally. It is because they do not furnish any kind of personal data. And, they argue with FATF about the data that they think are sufficient completely.

On the other hand, FATF has given a total time of one year to its member countries. For the record, there is a total of 37 participating countries which are to comply with FATF’s regulations. Otherwise, the countries might face the consequences.

But, as the FATF membership is voluntary, countries can roll out requirements according to suitability. Similarly, European countries as well are subjects to the new data regulation. As a matter of fact, the regulation goes by the name General Data Privacy Regulation or GDPR. As per Kuskowski, it might prevent legally from accepting the information which is identifiable personally. Additionally, it will give an advantage to others and Coinfirm. Also, Kuskowski is a former global AML for Scotland’s Royal Bank.