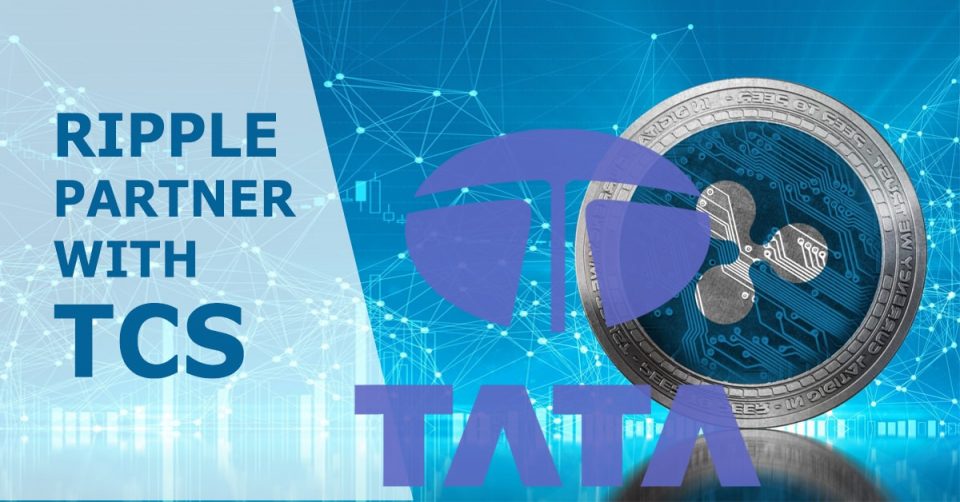 Ripple scores partnership with global financial institutions and blockchain tech companies. Probably this might be the reason for its continuous popularity. As per reports, Ripple comes again in partnership with global IT giant that goes by the name Tata Consultancy Services or TCS. This tie-up might affect the Ripple and XRP ecosystem.

Tata Consultancy Services is a multinational conglomerate with a headquarter located in Mumbai, India. The IT giant comes in partnership with Ripple to take global remittance services to a high level.

The great Customer base of Ripple

Reportedly, RippleNet attracted many financial institutions all over the world. The company builds large followings, and the customer base would again increase after the partnership with TCS.

The partnership between TCS and Ripple might affect the market status of XTP. The influence of this partnership might be in a great way. For instance, some of the institutions use RippleNet also use xRapid. It means that the usage of XRP will also increase with the increase in Ripple. XRP’s currency will become more popular with this new arrangement between TCS and Ripple. The price of XRP will also rise if the arrangement works.

Quartz is a cross border payment solution. It is capable of integrating with different payment systems available. TCS is behind Quartz, as per reports.

Quartz might run alongside RippleNet of the company Ripple. It will also run alongside xRapid, Ripple’s payment solution. xRapid uses XRP as the base currency. It is used for fund transfer.

RippleNet has the authority to lower the transaction fees for customers. It does so by the use of its system. According to reports, the cost of the transaction fees will again decrease. It will happen with the advent of in integration of Quartz. For fast and Cheap remittances, quartz is the best choice.

Swift, the Rival of Ripple joins with R3

Earlier, the biggest competitor of Ripple, Swift joined hands with R3 on blockchain technology. Swift is reported to be a dominant player in terms of international settlements. It has a total of 11,000 members in global payment network. Ripple has a lower network of about 200.

According to reports, Swift with R3 developed a concept to link the GIP payment network with a platform of R3. It will monitor payment flaws and settle payments. The settlement of payments will happen through banks with credit confirmations.

R3 makes XRO as the first cryptocurrency available. By the looks of it, Corda has its own settler product. Amid this, the statement of Swift does not mention the Corda Settler. While R3 tweets that Swift will use R3’s Corda settler.

Interestingly, the CEO of Ripple, Brad Garlinghouse participated in the panel where the announcement happens for Swift and R3. However, there is only a trial with no guarantee that they will use XRP. It does not directly mention about XRP or Ripple. But, it draws suspicion to see Ripple, Swift, and R3 on the same panel.