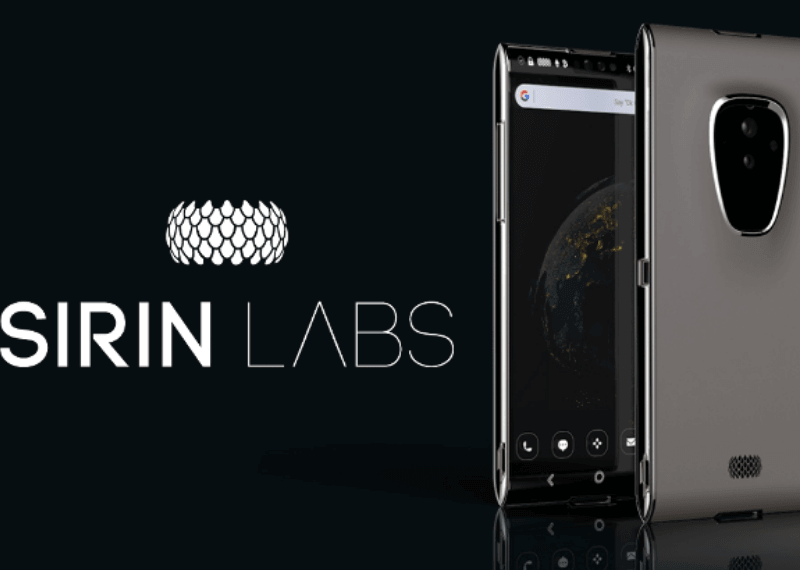 Nimrod May, the Chief Marketing Officer of SIRIN Labs in an interview with a leading news outlet discussed the future plans of the firm. He also discussed whether the firm will continue to make mobile phones or will focus on developing an Operating System.

The interview also included a brief comparison of the HTC Exodus 1 and the SIRIN FINNEY.  The SIRIN Labs recently rolled out blockchain smartphone called the Finney.In the mid of the crypto market downfall, the firm managed to make headlines. Some people questioned that if the $158 million ICO would forgo its plans to make crypto-friendly mobiles and instead concentrate on the firm’s OS (SIRIN OS).

Some reports suggested that the downfall in the Ether (ETH) price, since SIRIN’s Initial Coin Offerings meant that the firm at present had very less capital to meet its primary goals of becoming both an OS and phone maker.

During the interview, Nimrod clarified that SIRIN Labs is committed to making its own blockchain phones. He also said that the firm will explore the market for its SIRIN OS with other phone producers.

Nimrod also hinted at some of the major manufacturers that SIRIN has been discussing with. Moshe Hogeg, the CEO of SIRIN recently revealed that mobile distributors had committed to 160,000 units of the SIRIN’s Finney smartphone. However, the firm has to sell only about 80,000 mobile phones to gain profits.

When Nimrod was asked to reveal the future plans of the firm, he said that even with the present markets circumstances they are proud to share with the world some of the interests they had received since their launch.

He further added that the firm has beaten the Finney devices sales goal for the whole year in less than ten days. And while revealing about the future plans of the firm, he said that they are currently focusing to mass producing the first 10,000 units to meet the requirements of the distributors, partners, and community.

Will SIRIN Labs launch it  a Standalone OS?

Later when he was asked to discuss what is going on with the SIRIN OS and whether it is ready to get launched as a standalone OS. He revealed that SIRIN OS technology is the best OS which is compatible with other devices too. And Nimrod further stated that the firm is attempting to bridge the gap across consumer electronic firms and to benefit the millions of crypto holders across the world.

Nimrod then went on to say that they have built SIRIN OS to fit all the mobile manufacturers and said that they are not alone in this industry. HTC, Huawei, and others are moving along with them. And in fact, some of them have been discussing with the firm regarding the OS. He said that overall it’s just the beginning of the firm’s path.

The HTC Exodus 1 was also launched in the early December at Slush 2018 in Finland. It was launched at the same time as the SIRIN FINNEY. During the interview, Nimrod provided a detailed comparison of both the phones.

The Chief Marketing Officer of SIRIN Labs also discussed the future plans of the firm for next year, saying that they are focusing to deliver FINNEY globally. He concluded by saying that they intend to form more partnerships to continue the development of SIRIN OS.