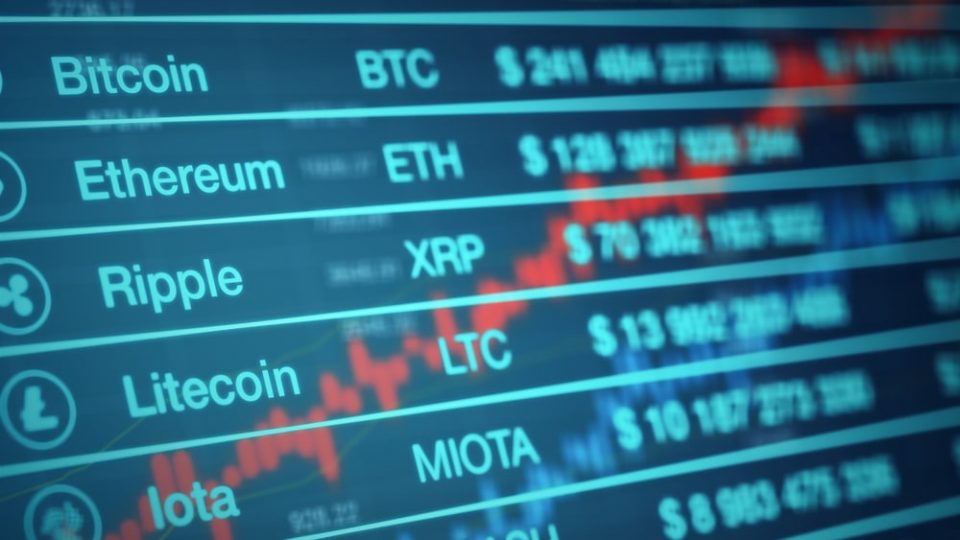 After a major bubble in the market of cryptocurrency, some leading cryptocurrencies trade in the red. As per reports in Asia on Friday morning, major cryptocurrency exchanges face loss. Finally, Bitcoin loses its grip to go below $5000 level.

As per data, Bitcoin drops to $4,991.2 with 6.59$ downfall by 12:02 PM ET. The digital currency, Bitcoin stayed above the mark of $5000 level after its spectacular surge since April 1. It also reached above $5,299 on Monday. Many speculators believed the rally would go even higher but unfortunately, the rally breaks.

As a result, the crypto market slides down after the major fall of its leading coins. The market cap slides to $169 billion with loss counting to 8%. The crypto cap was initially priced at $184 billion towards the beginning of the week. After the bearish outlook, the crypto market ended on a slow note.

Amid major downfalls, the Managing Director of International Monetary Fund or IMF comments. Christine Lagarde, the MD of IMF criticizes cryptocurrencies as disruptors who are shaking the systems. According to reports, she gave a warning regarding digital tokens. She says that they will act as a catalyst to shake the entire finance and banking industries.

Furthermore, Christine thinks that the role of disruptors is to shake the system. Criticizes cryptocurrencies saying that anything that uses distributed ledger technology shakes the system of financial and banking industries.

She adds that the regulations must come forward to address such financial industry changes. She even tells that any innovation that can shake the stability of the system is not needed.

Reportedly, in 2018, there was a huge loss in the cryptocurrency market. As per Facts and figures, Bithub, South Korea’s crypto coin recorded a net loss of $180 million. The cause of the downfall is the major decline in the crypto market. With that huge loss, the market saw a setback from a profit of $469 billion.

However, two weeks ago, Bithub suffered from a hack. It lost approximately $13 million in EOS cryptocurrency and $6.2 million in XRP. The firm also downsized cutting half of its employees.

In the past, Bitcoin had a clear path to $4500. The coin was able to get over the resistance at $4,075. There was a lot more optimism in the market for Bitcoin with the recent surge. Many investors and firms started buying the coin to get a huge benefit from the rally. Many experts and analysts came to speculate the rally to go even higher.

As per experts and speculators, the price of Bitcoin would go beyond $50K. Also coin will register record-breaking prices around the middle of next year, experts suggested. The spokesperson of Bitcoin also was optimistic regarding the huge bubble.

Unfortunately, the rally slowed down with the recent downfall in the pricing of bitcoin. Now the coin comes down to a level of $5000. World’s largest crypto coins suffer a major loss, but still, the market is optimistic.