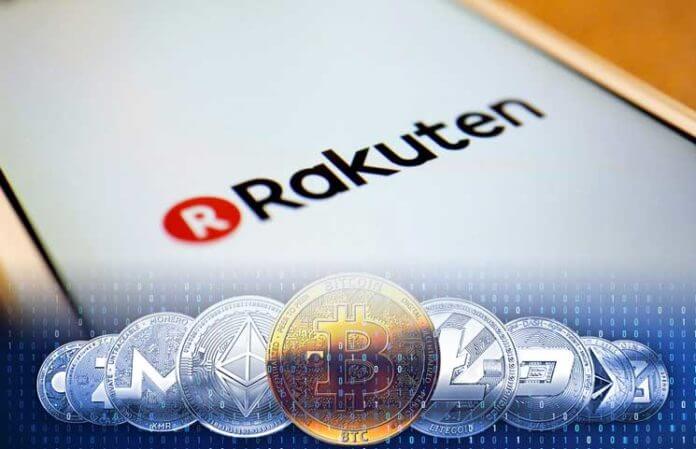 One of the biggest companies in Japan, Rakuten, officially enters into the crypto exchange sphere. As per data, the company has over 102 million users worldwide. The company is the 14th largest internet company on earth in terms of annual revenue.

In the same way, Rakuten makes an official statement on the issue. According to them, Rakuten Wallet will operate like a licensed crypto platform.

Recently, Rakuten is on the way to develop a mobile application. It is to process withdrawals of cryptocurrency and deposits.

Rakuten finds an increase in adoption of crypto

Reportedly, Rakuten received approval from the Financial Services Agency of Japan last month. This approval will allow Rakuten to operate a crypto exchange.

However, some consider the modeling of Rakuten Wallet gets inspiration from everybody’s bitcoin. As a matter of fact, the conglomerate acquired this crypto exchange for $2 million in the year 2018.

On the other hand, the firm makes statements that seem like someone translated it roughly.  Certainly, the firm believes that the adoption of cryptocurrencies will increase in the long run.  For instance, markets like e-commerce, peer-to-peer payments, and offline sales will adopt the use of cryptocurrencies. Similarly, it emphasized the importance of providing trading services in cryptocurrencies.

Similarly, the company comments on the announcement. According to the firm, cryptocurrency will expand in territories like online trading and peer-to-peer transactions. Therefore, as per the statement of the firm, it is important to make crypto trading functional.

Rakuten announced previously that overhaul of the company’s structure would bring everybody’s bitcoin in Rakuten Wallet.

Is it a big deal for Rakuten?

Interestingly, it is very easy for Rakuten to integrate the cryptocurrency payment system into its payment system. It can also pass on the processing to get a license from Japanese authorities.

For instance, in 2017, Bic Camera came into a strategic partnership with bitFlyer to accept bitcoin payments. As such, the company is the biggest retailer of electronics in Japan.

Further, Bic Camera says that it finds an unexpected steady increase in Japanese users over the past two years.

However, for Rakuten, it makes sense to spend $2 million to prevent sending of all transactions. It can do so to hire an exchange to process from an e-commerce platform necessarily.

As per Resources, more than a hundred million users use Rakuten to buy products. After cryptocurrencies, the service providers often charge fees from users to sustain operations.

Likewise, the PR and IR Chief of Bic Camera, Masanari Matsumoto says on the unexpected increase. According to him, after the installation of Bic Camera, they expected mostly foreigners to use the system. But, they noticed that Bitcoin became gradually popular. With the government’s official announcement to legalize bitcoin, they felt more comfortable. Then, they introduced Bitcoin as a payment method in their stores.

Well, if Rakuten accepts cryptocurrencies shortly, it can generate more revenues. Similarly, the firm has a fully functional exchange in the first place; it can gather revenue from transaction fees. In addition to that, it can also provide users the benefit of low fees.