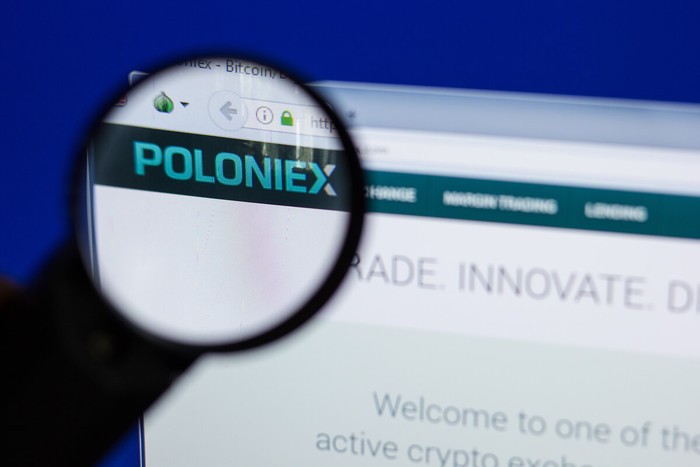 The crypto exchange, Poloniex, will shut few markets for the traders of US. As Poloniex has the aim to operate as fully-compliant crypto exchange, regulatory status of some assets might be the reason. Hence, the exchange partially delists those assets.

There are so many uncertainties surrounding some assets’ regulatory status. Some of those assets are, namely, Ignis, Decred, Bytecoin, GAS, GameCredits, Nxt, Lisk, Augur, and Omni.

On the other hand, the US SEC or Security and Exchange Commission contribute to various uncertainties surrounding of different assets. These assets show problems about betting or used for secure dividends. The exams of such problematic assets are GAME and REP.

To comment on the matter, Poloniex notifies its US customers. According to it, those who have balances certain assets must immediately finalize their trades and closed positions. The exchange gave the deadline to its customers to the necessities before 29th May. Poloniex gave the list of assets like BCN, ARDR, DCR, GAS, GAME, NXT, LSK, REP and Omni.

Interestingly, Poloniex takes sides with Kik initiative of ‘Defend Crypto.’ For the record, Kik frames the project with a lawsuit in against of SEC. And, the initiative is towards the security status of Kik’s token KIN. As per matter of fact, the initiative has reached worldwide and gets tremendous support from all around the world.

Unsurprisingly, Circle states that they have earlier said about the requirement of regulatory clarity for assets. It did so to flourish cryptocurrencies in the US. Fortunately, they are happy that they are not alone in this sort of fights.

So far, the website of Kik, defendcrypto.org collected over $5M in different cryptocurrencies. It might spark deeper discussions concerning the legal status of tokens and digital coins.

Kik admits ICOs cause them to land in ‘hot water’

Recently, many consider KIN tokens as security. Thus, it causes serious troubles for KIK since 2017. Concerning past weeks, Kik admits that ICOs cause them to land in what one calls ‘hot water.’ Also, due to ICOs, Kik suffers expenses extraordinarily. The company also feels difficulty in communicating with US SEC for that very reason.

However, Poloniex refrained for months in mass delisting. But, now it removes many low liquidity tokens and coins. As a result, the volume of the exchanges totals to about 40 million dollars within 24 hours. It showcases a low activity when one compares it with Binance and other exchanges from Asia. As per matter of fact, Asian exchanges have free trading of assets. It leads to an astonishing volume of more than 2B dollars within 24 hours.

Similarly, the Kik’s CEO, Ted Livingston, announced facts on the podcast, Unchained. He launched a fundraising project to sue SEC and demand Howey test. So far, the project is victorious and even exceeds its goal.