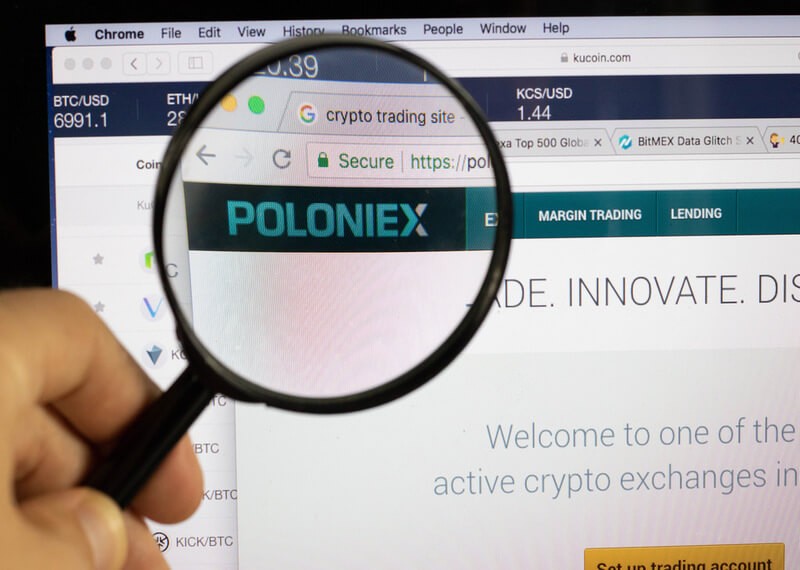 While the company hasn’t specified a date, the blog post says that further communication would be provided in the upcoming weeks. The decision has been taken to comply with the current regulatory requirements. Existing loans can still remain open for their respective specified durations.

“As part of our effort to continuously professionalize and improve Poloniex, we are delisting several assets and taking steps to remove our margin and lending products for US-based customers.”, read the company’s blog post.

Apart from discontinuing margin-trading and lending features, the exchange is also delisting three assets – Synereo (AMP), Expanse (EXP) and Gnosis (GNO). The tokens would be delisted on October 10th and users have time until November 9th to close trades and withdraw their funds. The company did not give any reasons regarding the delisting of these tokens, compatibility and security issues might be the problem.

The company also said that in order to make the process as painless for the customers as possible, they will be notifying their users several times about the situation before November 9th. Additionally, users will also be given a window of 30 days to withdraw their funds. In the case of wallet issues, the deadline may also be extended. “We will handle these scenarios, which we recognize can be frustrating for customers, case by case”, the blog post said.

Poloniex is a cryptocurrency exchange founded in 2014. In 2018, the exchange was acquired for $400 million by Circle, a payments technology firm based out of Dublin. The exchange currently ranks 38th by trading value, according to CoinMarketCap.