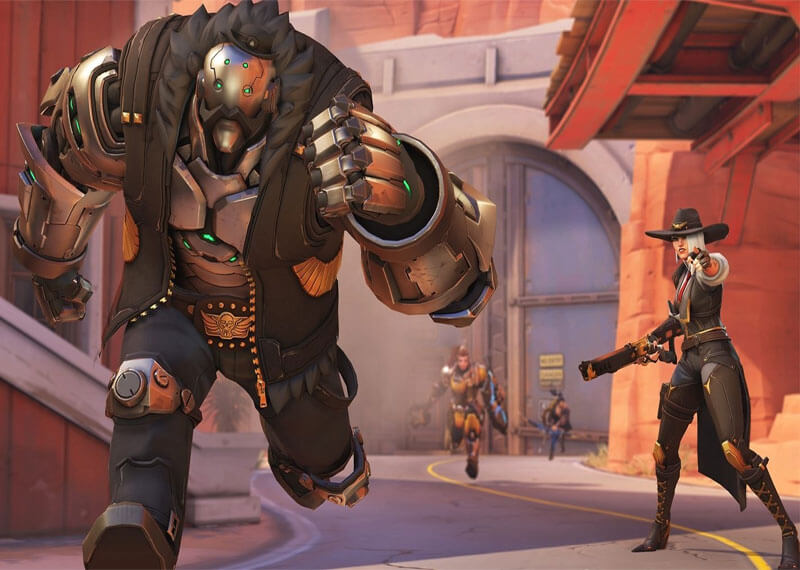 America video game publisher and developer, Blizzard Entertainment, Inc reveals a new map for its critically acclaimed game. Blizzard is simply calling the map as Paris. The latest assault map comes out to the Overwatch players out of nowhere. The map is already available at PTR. The name suggests that the gameplay is set on the streets of France’s capital. In a handful of weeks, the map is going to hit in the live game.

Blizzard Entertainment has come forward with an official description which says, “ Begin the journey at Cabaret Luna. In the heart of Cavaret Luna lies a velvety lyrical voice of one of the most prominent divas Luna. The diva charms the locals, movie stars, revolutionary as well as tourists.

Once the encore is over, the players will step outside to take a look at the sites and grab the victory. The Artisanal shops will usually line up the streets once the player approaches, in the beginning. The players can duck in to take a sample of macaron or simply escape the fire of enemies.

The players are going to have to battle all through the alleys as well as the corridors. They will also clash with their foes in the river bank of Seine. The moment the player dominates his/her adversaries, they are going to make their way to Maison Marat. The last goal is to deliver the coup-de-grâce.

Blizzard Entertainment also has good news for the players. If the Overwatch gamers want to practice the map before it gets live, then they are in for a treat. The developer has already come up with a PTR update. The update is currently live. Paris map debut is a big surprise, and there are certain things which make Paris different than others. The map comes out without the usual Blizzard teases. By the looks of it, Year of the Pig recently started off.

Get ready for some sassy romance!

The developer came out with pieces of art that people got to see right alongside the debut. By the looks of it, there is a sassy romantic theme involved in the forthcoming map. People are also suggesting the map may get live in the game around the lover’s day, Valentine’s Day. The day fits in the usual timing which comes between the PTR launch along with a proper release.

Also Read: Marshmello will perform in Pleasant Park in Fortnite

There is also a patch note that will come together with the new map. The patch note details about the significant changes for the damage. By the looks of it, the new patch will involve non-recoverable health along with armor and shields. These attributes may be consumed right before their recoverable counterparts.

Paris is the first new map which is going to hit the game since Busan. Busan came into being back in September 2018. Paris also becomes the first assault map since the Horizon Lunar Colony. Blizzard came up with Horizon Lunar Colony back in June 2017. The developer didn’t yet specify as to when Paris is going to release for PlayStation 4, PC and Xbox One. The American game developing company is currently testing the map before releasing it to a global market.

Tips For Buying A Used Smartphone