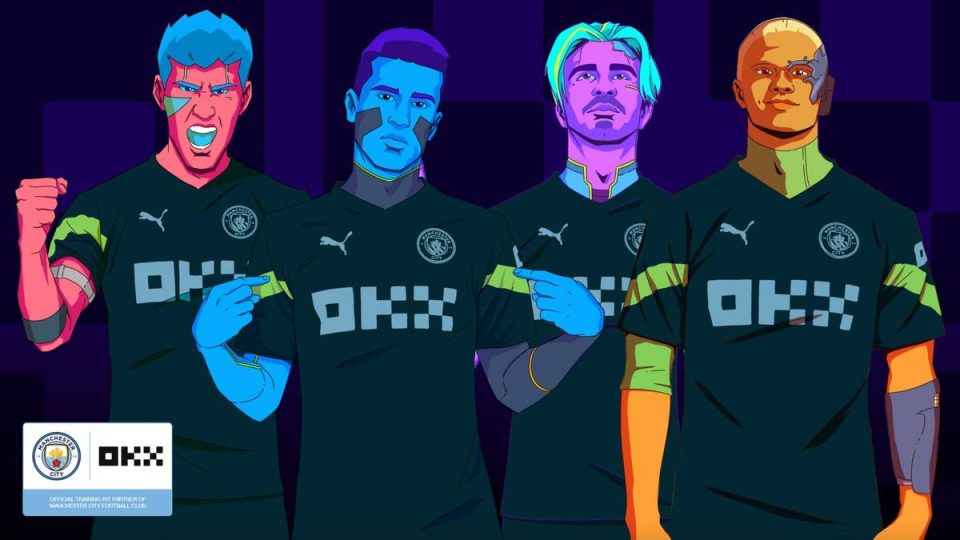 OKX, a cryptocurrency trading platform, has been announced as the new training shirt sponsor of Manchester City.

After signing a multi-million dollar partnership with OKX earlier this year, the club is now looking to further expand the connection this summer.

Another seven-figure amount has been added to the club’s trophy tour sponsorship by OKX, which will also feature on the training uniform for both male and female teams for the 2022/23 season.

A new sponsor, OKX, replaces Expo 2020 Dubai on the front of the training gear, which had taken over from MarathonBet last season before the betting business sided with Russia in its invasion of Ukraine.

It’s part of a sponsorship arrangement with OKX that they’ve commissioned murals of four Manchester United players Joao Cancelo, Erling Haaland, John Stones and Jack Grealish   across four spots around the city; each painting will have a QR code that fans can scan to enter a drawing for a season ticket in the sponsor’s hospitality box.

OKX was established in 2017 and is headquartered in the Republic of Seychelles. Over 20 million consumers are said to be served by the company in over 180 countries throughout the world. It allows you to trade popular cryptocurrencies such as Bitcoin, Polkadot, Ethereum, and Cardano (ADA).

These Altcoins Can Make You a Millionaire After the Bear Market: RoboApe (RBA), Holo (HOT) and Nexo (NEXO)

Cryptomining and Fingerprinting To Be Blocked By a Mozilla Firefox Update