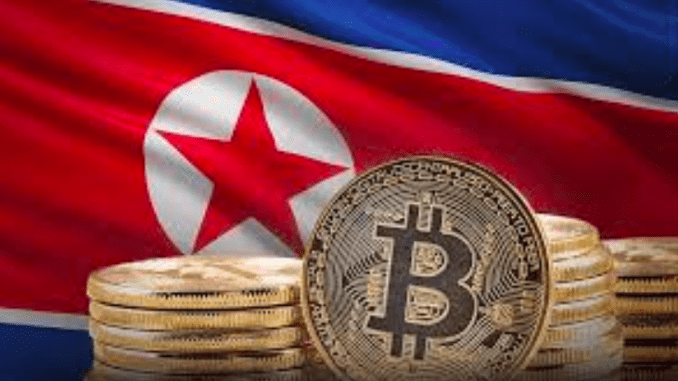 However, British defense, Royal United Services Institute or RUSI warns different countries against possible hackers. Countries like Thailand, Malaysia, Vietnam, Singapore are under the radar of hackers who intent to skirt economic sanctions.

As per reports, RUSI declares that networks of North Korea are engaged in fundraising activities. It also reveals that they evade trade and financial restrictions with the use of catalysts. Such catalysts are agents, front companies, and the deceptive financial techniques across the region.

Further, RUSI continues that North Korea can cash out cryptocurrency profits as it relies on extensive overseas financial networks. The networks are to open and operate accounts at exchanges in the region.

RUSI concerned earlier with the hackers of WannaCry. As a matter of fact, WannaCry was a ransom-ware campaign and was successful. The British defense signals the interest of North Korea towards its ability in exploiting the growing cryptocurrency.

Back in May 2017, the ransom-ware campaign, WannaCry spread like flu on the internet. As per data, it infected over 230,000 machines. After it hit the target, the virus encrypted data, demanded huge ransoms. Reports suggest, as a result of which, the victims paid ransoms in Bitcoin. If the victim did not pay ransoms, the virus deleted their data automatically.

However, US authorities charged and sanctioned a North Korean hacker for his role in attacks. And, he was also associated with the Sony Hacking scandal in the year 2014.

The authorities also seized the man who worked with Lazarus. Supposedly, Lazarus is a state-sponsored crew linked with $670 million value of stolen fiat. It also involves cryptocurrencies, out of those; the majority was taken from digital asset exchanges.

However, North Korea denied the existence of such hacker. The government later marked him as “non-entity.” They also refuted any kind of wrongdoing from any person.

Recently, Binance announces that it will remove Bitcoin Satoshi Vision or BitcoinSV. The controversial Bitcoin, BitcoinSV is going through a rough time, as per reports.

On the other hand, a blog post confirms the announcement of Binance. The post shows the details of the processes to ensure a high level of standards for the firm.

In the same fashion, Binance writes that they have decided to delist and cease trading of all trading pairs. Binance also writes that they will make this move on 22 April at 10:00 AM UTC. Further, Binance clarifies that BitcoinSV is the only project that they are going to delist.

Moreover, Binance explains the factors of this move. According to it, there are factors like quality of development activity and evidence of unethical and fraudulent conduct. It also includes public communication and contributions to the sustainable ecosystem of cryptocurrency. They analyzed these factors before coming to a decision.

Furthermore, it also says that they conduct a more in-depth review of the coins. They do so to ensure if the coin fits the standard or not. If the result comes out to be negative, they delist the coin, as per Binance.

A Barter E-Commerce And Entertainment Platform

Thodex’s Founder Fled Turkey But was Apprehended in Albania