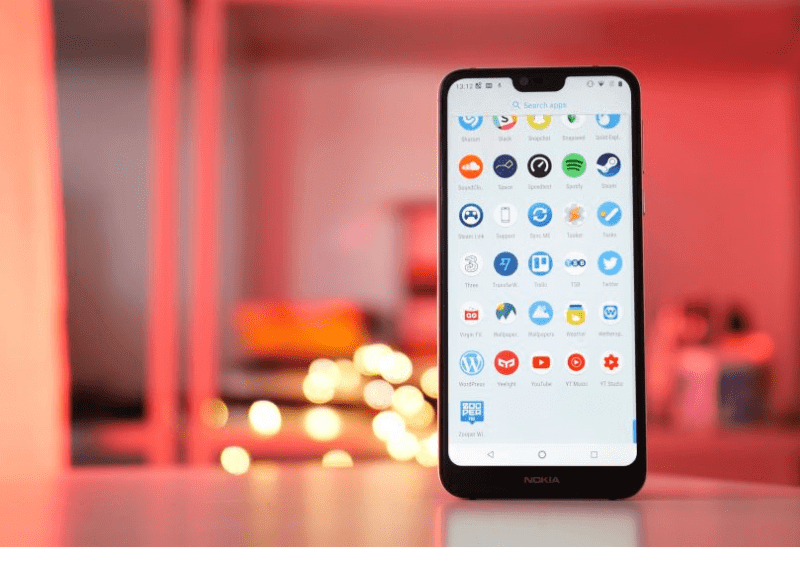 Nokia is one smartphone company that has a long history and a name to live up to. However, it all started as a mere idea in 2002 and since then the company had quite a ride, in regards to its smartphones and obviously the global popularity. Although, things started getting tough after 2010, the company still launched a few gadgets in its quest to challenge some of the other big names in the industry.

While Nokia couldn’t survive the market competition back then, it has finally reappeared under the tag of HMD Global— catering to the global populace with some extraordinary devices. However, in this discussion we wouldn’t talk about the new devices but concentrate on the much celebrated history of this OEM by mentioning some of its most innovative and relevant mobile phones.

It was launched way back in 2002, precisely with a 0.3MP or rather VGA shooter. While the sensor output was showcased at a mere 640×480 pixels, even this count was quite exemplary for a mobile phone, 16 years back. When this device was launched, a majority of customers couldn’t even believe how a mobile phone could produce color imaging results of this quality.

However, only a few could realize that this was the mere beginning and Nokia was about to come up with a lot more surprises. This device was also known as the first mobile with a color screen, Symbian OS, and obviously a camera tripod.

This phone was awarded as the European Media Mobile Phone for the year 2005-2006 courtesy the inclusion of some exciting and intuitive feature sets.

The mobile giant started the innovative bandwagon by packing in a Carl Zeiss lens into the scheme of things besides adding double screens, swivel style camera, and a lot of other features to this exceptional mobile phone.

Launched way back in 2006, this mobile phone was not only ahead of its time but perfectly combined the aspects of photography and videography into one device

Put simply, the N93 was an upgraded version of the N90 and packed 3X optical zoom, 2GB memory card slot, editing software from Adobe, and a host of other exciting additions.

The bandwagon continued to roll with this Phone added into the scheme of things.

As the company already announced itself in the global circuit, in terms of innovative firsts, it wasn’t quite surprising that the N95 featured a 5MP camera unit followed by office suite and GPS capabilities.

This mobile phone was launched way back in 2007 and received the much-anticipated TIPA award in regards to imagery.

Although, the 5MP shooter pertaining to the N95 was persisted with, the N82 could offer a lot more to the user in the form of the potent Xenon flashlight support for excellent low light performances.

In 2009, the N82 was improved upon as the mobile giant  added an 8MP shooter by replacing the 5MP one.

Although this device also received the TIPA award, much like the predecessor, it was way ahead of 2009. This is because  there were multiple aperture options, mechanical shutter, and excellent low light flexibilities on offer.

It was 2010 when the mobile giant revolutionized the entire camera phone market by launching the N8. The 12MP AF lens came as a surprise for most customers and the company didn’t leave a stone unturned in regards to marketing.

All the efforts put in by the company were identified and this device was awarded as the best camera phone for 2010 and 2012, by Techradar.

While the MWC 2012 identified this gadget as the Best New Handset, the 808 Pureview deserved a lot more courtesy the inclusion of the path-breaking Pureview Pro Technology.

This handset came across with excellent image definition qualities followed by legendary noise cancellation attributes, in regards to an image.

This device was launched in 2012 and immediately awarded by Engadget as the Smartphone of the Year in the Reader’s Choice category.

This advanced  phone persisted with the Pureview technology while adding OIS and excellent low-light capabilities into the mix.

This camera-centric smartphone  was launched in 2013 and was best known for features like improved optical image stabilization, powerful and functional Xenon flash, accurate exposure levels, dual capture capability, and a lot more.

It wouldn’t be wrong to say that it was the first company to revolutionize the way cameras were paired with mobile phone. While the brand isn’t what it used to be, we are quite hopeful that it will bring forth a series of customizable innovations for the global populace under the hood of HMD Global.

Intel might release a 14-core SoC of 5GHz Boost Clock