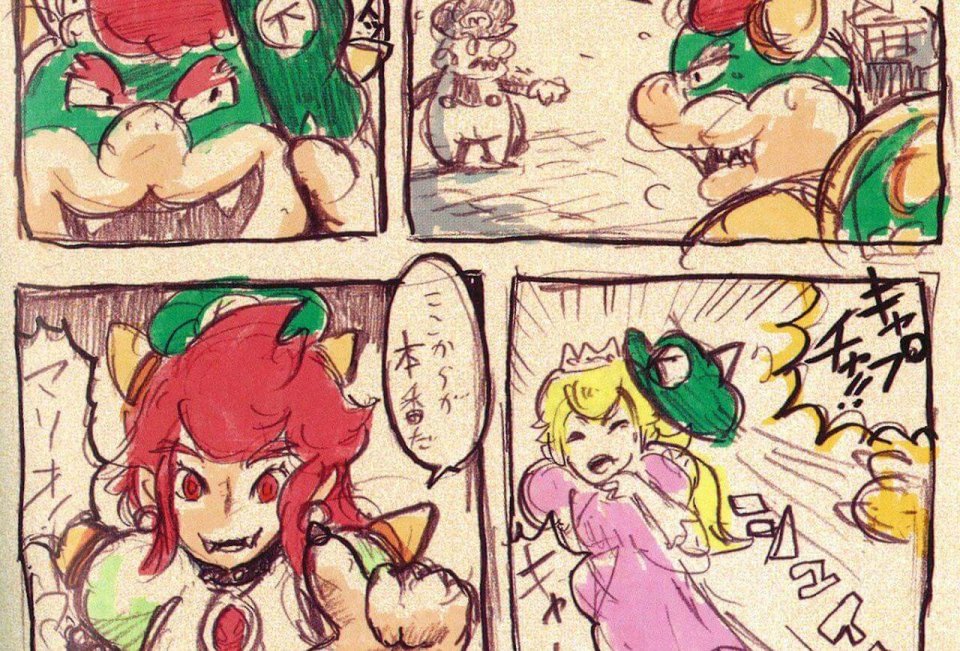 With the release date of New Super Mario Bros. U Deluxe just around the corner, Nintendo made an official announcement saying that the upcoming game’s Super Crown power-up would just be donned by Toadette, thus putting the likelihood of Bowsette to bed. Nintendo had previously announced that the New Super Mario Bros. U Deluxe would comprise of Super
Crown which would convert Toadette into Peachette.

Then, the fans were extremely happy and excited with the amazing idea of turning Toadette into a princess wearing a petite gear. Most people also started wondering what characteristics the other game characters would bear once they wore the Super Crown.

However, imagination was taken way too seriously by a Twitter user who went ahead and depicted how Bowser would turn into Bowsette after putting on the Super Crown. The entire concept of Bowsette became very popular on the internet, with several more fan-made artwork of the character being shared online.

Moreover, there were also a lot of other fan-made creations of other game characters after putting on the Super Crown. But, Nintendo has now officially shut down all of these hopes and imaginations made by fans for Bowsette via the official website for the New Super Mario Bros. U Deluxe.

On the site, Nintendo has laid down a little bit of information regarding the several power-ups and characters. The Super Crown power-up details are mentioned in the character description section in which the gaming company states that only Toadette can use the new power-up thus confirming that Bowsette will not be happening.

However, this fact has not stopped the fans from loving the entire idea of Bowsette or creating new fan arts or mods and showcase how much they would love to have Bowser don the Super Crown power-up. Fan-made mods of Bowsette in ‘New Super Mario Bros. Wii’ as well as ‘The Legend of Zelda: Breath of the Wild’ on YouTube are still viral and popular.

Furthermore, this does not mean that Nintendo will not try and come up with a way to include Bowsette in the future in certain ways. Because no matter how the fan-made artwork is, it will not be bad on Nintendo’s part to honour or incorporate a Bowsette in some way.

What Does This Mean For The Future Games?

But for now, with Nintendo officially putting the idea of Bowsette to rest, it is not possible to see the character come into existence in the upcoming New Super Mario Bros. U Deluxe. With only Toadette having the ability to don the Super Crown in the game, one will not get to see any other substitute Peach-esque version of the other Mario characters.

However, even an official canon of other things in the past has not stopped fans from creating different new versions of their most loved TV show, movie, comic or game. In the same way, the idea of Bowsetter will most likely continue to live in the hearts of all the fans as long as they like.