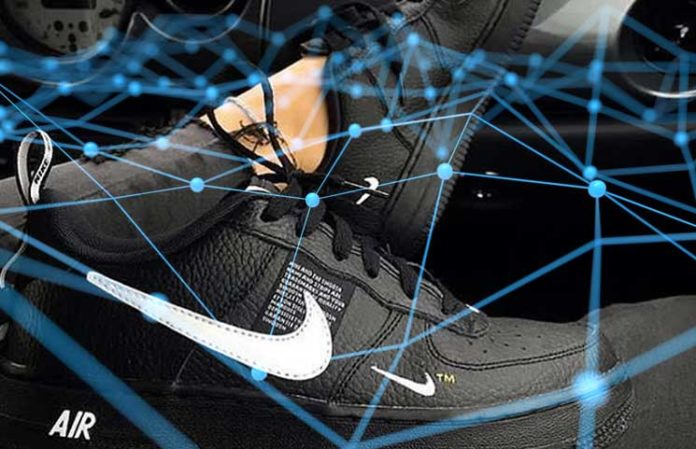 Nike, the notable footwear giant across the world, has reportedly patented shoes in the form of non-fungible token, aka NFT. The patent has taken place on the blockchain of Ethereum, which is being dubbed as CryptoKicks.

According to sources, the date of the patent has been revealed to be the 10th of December 2019. In addition to this, the patent is being described as a digital asset for footwear. There are several ways of using it. The implementation of blockchain technology can be found on token ERC721 or ECR1155 documents of Ethereum, which would authenticate the transaction of the physical shoe.

What does the patent say?

The current, as well as prospective owners, are going to sell and buy the digital assets via one and more blockchain ledgers which operate on a completely decentralized system. For instance, there will not be any limitation, and then the users will be able to buy a new pair of sneakers once the vendor verifies it.

The vendor plays a significant role during the process of verification as he/she verifies the records of provenance meant for the sneakers. The shoebox receives the authentication of the sneakers which has been purchased. Then the user will have to scan the whole box alongside a barcode and operate the smartphone of the users.

Nike also said that the creation of the token is linked to the sales of the shoes. Further, this would allow the company to keep tabs on the scarcity of shoes which are currently in circulation. The moment a customer buys Nike’s genuine shoes, a digital representation of the shoes is generated, and it is linked with the specific customer. Then a cryptocurrency token is assigned to the customers. Later, the cryptographic token and digital shoe together represent CryptoKick.

According to Nike, when the company sells footwear, then the ownership of the digital token is immediately passed alongside the product. To enhance the engagement of its brand, Nike uses tokens that can be managed in an app that will be introduced by Nike in days to come.

The patent is closely related to CryptoKitties, the collectible games comprising cats that use blockchain technology. By using blockchain, buyers can easily trade and trade a pair of shoes. Also, they can store the shoe in a cryptocurrency wallet and blockchain locker. The most upbeat shoe company in the entire world is utilizing cutting-edge technology to blend fashion with technology.

Also Read: Bank of China has issued bonds worth of $2.8B with Blockchain

As blockchain is becoming incredibly popular across the world, more and more notable companies are utilizing the technology. It is important to note that the United States is yet to adopt blockchain wholeheartedly. Moreover, many significant banking institutions are utilizing the blockchain technology to make cross border payments and international tractions seamless.