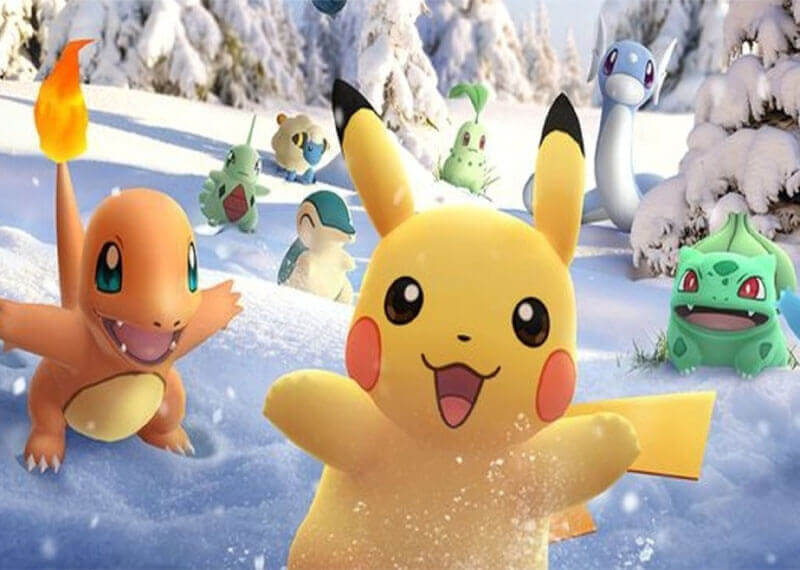 With February almost here, it’s time for one more Pokemon Go Community Day event to take place. Such events are a way to know a little about a rare Pokemon’s moves which were previously not available. Additionally, these also help to acquire a few special bonuses.

Niantic has finally shared details about next month’s Community Day, which will take place on 16 February. The event will also feature an ice-kind second-gen Pokemon Swinub. Though this Swinub might not appear exciting, it might just end up to be one of the best Pokemon Go Community Day ever.

Well, this is because the Niantic is introducing a new kind of Pokemon in Pokemon Go. Mammoswine, Swinub’s evolved gen 4 Pokemon is the new addition to the game. Players will be able to access Mammoswine during the Community Day celebrations on 16 February. Just like other 4th gen evolutions, Swinub will have to be evolved into Piloswine in case you don’t have Mamoswine.

The players of the game need to gather at least one Sinnoh stone to get Piloswine evolved into Mamoswine. And, it will be easier to do this on the day of the event.

Next month’s Community will also offer the users a bonus of earning up to five Sinno stones. You will have to try out PvP battling with other players to get an opportunity of earning one Sinnoh stone. Gradually, you’ll be able to earn more Sinnoh stones as rewards by battling more of players. The stones are important to get Piloswine evolved into Mamoswine.

There are a few people who have the impression that they can obtain Mamoswine only during the Community Day event. As per the Pokemon Go app, the players will have a Mamoswine with a unique move during the event. Information on what exactly is the new exclusive move hasn’t been announced as yet. However, Piloswine may presumably still be evolved into Mamoswine after the event gets over.

Meanwhile, the remaining bonuses for the Community Day celebrations next month should be known to the ones who have been a part of previous events.

The February 2019 Community Day event will run for three hours. You will also be able to receive 3x Stardust if you capture the new Pokemon during the event.  Besides, you will be able to use the Lure Modules, which you used in the event, for an additional 3 hours.

This is the first chance of adding Mamoswine to their roster and other rewards available to earn that day, so players must try and get the most from the event.

Like always, the times for Community Day event on 16 February will vary depending on the continent you reside in. For Greenland and Americas, the event will run from 2 pm ET to 5 pm ET. For the Middle East, India, Africa and Europe, it will run from 10 am GMT to 1 pm GMT. And lastly, for Asia-Pacific, the Pokemon Go Community Day will run from 12 pm JST to 3 pm JST on 17 February.