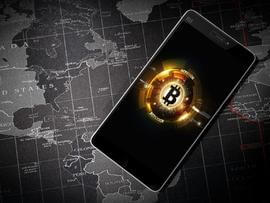 A hacker mysteriously stole more than 4.5 million dollar worth of cryptos from crypto exchange Bitrue.

As per the statement of Bitrue, administrators detected the hacking. Immediately, they shut down the platform and put their site under maintenance mode. Meanwhile, they went onto investigating what was happening with the site.

As a result, the website of the exchange went down for longer periods. However, the company anticipates resuming trading soon within some hours. This is the information according to updates from the social media sites.

Bitrue Administrators Claim to Track Down the Hack

Similarly, the crypto exchange Bitrue says that it is currently working with other companies. The companies involving to work with Bitrue are Bittrex, Huobi, and ChangeNOW. Undoubtedly, the company works with them to recover funds from respective platforms.

For the record, Bitrue is amongst 100 top crypto exchanges in the world. This is the data that CoinMarketCap has released for daily exchanges.

This year, the exchange suffered two hacks until now. And this is the second hack that the company suffered. In January, the administrators of Bitrue acknowledged that another attack. According to them, the attacker stole about 13 thousand ETC coins. Sadly, the total worth of the coins is more than 100 thousand dollars. However, the administrators prevented the attack indeed.

There are so many incidents of a cyber attack on the crypto world. And, the incidents are going on increasing day by day. This is the reason why many countries have strict rules on digital currency and blockchain. These regulations need to be strict so that the crime rates decrease. Due to cyber hacking, many companies found themselves on the verge of bankruptcy. Therefore, countries must make strict governing plans for virtual currencies and blockchain technology.

Cryptocurrency Analysis: What You Should Know