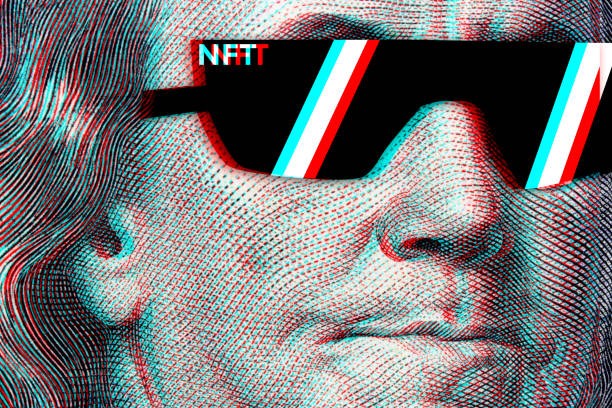 Following the widespread abuse of cryptocurrencies for money laundering and hawala-based money transfers, a new study claims that money laundering through the sale and purchase of NFTs is apparently a booming business in which malicious hackers utilize unlawful money to purchase NFTs.

A small but increasing fraction of activity on NFT marketplaces might be credited to financial fraud, as per the Blockchain data platform Chainalysis

“While money laundering in physical art is difficult to quantify, we can make more reliable estimates of NFT-based money laundering thanks to the inherent transparency of the Blockchain,” the study said this Wednesday.

The worth of virtual currency being sent to NFT marketplaces by unlawful addresses increased substantially in the third period of 2021, surpassing $1 million

“In both quarters, the vast majority of this activity came from scam-associated addresses sending funds to NFT marketplaces for purchases,” the report disclosed. “Perhaps most concerningly, in the fourth quarter, we saw roughly $284,000 worth of cryptocurrency sent to NFT marketplaces from addresses with sanctions risk,” researchers said.

Substantial quantities of stolen funds were also sent over to marketplaces in both periods.

NFTs could indeed hold information on blockchains, and that information can be linked to images, physical objects, videos, memberships, audio, and a plethora of other emerging use cases.

In 2021, the prominence of NFTs skyrocketed. Chainalysis monitored at least $44.2 billion in cryptocurrency sent over to ERC-721 and ERC-1155 contracts – the two kinds of Ethereum smart contracts connected with NFT marketplaces and collections – up from $106 million in 2020.

“Wash trading”, meaning executing a transaction in which the seller is on both sides of the trade to paint a misleading picture of an asset’s value and liquidity, is another area of concern for NFTs.”

The research also discovered that 262 users who had managed to sell an NFT to a self-financed address well over 25 times utilizing Blockchain analysis.

“Even worse, that $8.9 million is most likely derived from sales to unsuspecting buyers who believe the NFT they’re purchasing has been growing in value, sold from one distinct collector to another,” expressed Chainalysis.

“NFTs offer the potential for abuse. It’s important that as our industry considers all the ways, this new asset class can change how we link the blockchain to the physical world,” said the report.

According to findings published in November last year, the Enforcement Directorate (ED) in India uncovered over Rs 4,000 crore in illicit activities via cryptocurrency exchanges in the following year.

How to be safe while investing and be far away from Scams?

As a result, avoidance is more accessible than cure. The primary way to prevent being scammed is to make sure you know who you’re trying to deal with, that you’re transacting with a respectable exchange, and that all of the channels you use are verified. If an offer appears to be too good to be true, it almost always is.