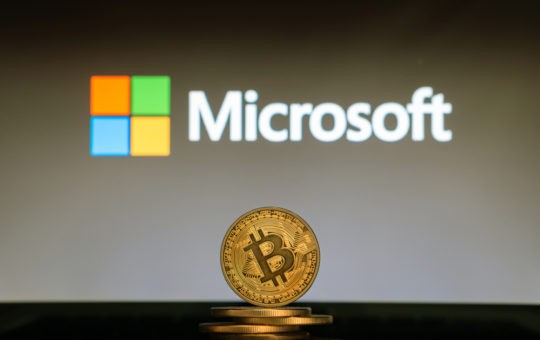 With this move from Microsoft, it is clear that Bitcoin’s virus spreads like wildfire. Interestingly, the tech giant did not include any other crypto asset than Bitcoin, as per update.

Reportedly, a Reddit user going by the name ‘thepowerx’ reveals something. According to the user, Microsoft Excel is going to include Bitcoin like a supported currency. The twitter post shows a spreadsheet program that somebody took apparently.

Unfortunately, very little information is available about the new currency option in Excel. Nobody knows when Microsoft will add the feature into the program. Also, the time when users can utilize the feature also remains unknown. The genuineness of the screenshot is questionable too.

Microsoft warms towards Bitcoin with its consistent nature

Over the years, Microsoft gradually warms towards Bitcoin. Therefore, it shows the consistent nature of the giant technology firm. Firstly, it started accepting payments for its various products in Bitcoin in the year 2014. Surprisingly, the global tech giant became one amongst some big names to do accept crypto asset.

Recently, Microsoft gained buzz for its involvement to launch Bakkt platform. It supposedly did so with none other than the Intercontinental Exchange. As per matter of fact, this exchange is the owner of the New York Stock Exchange.

Reportedly, M12 is the venture capital division of Microsoft. It grabbed too much anticipation from financial backers in an early stage. Other ventures include Horizons, Galaxy Digital, Ventures, Boston Consulting Group, and Fortress Investment Group.

Interestingly, Microsoft not only supports Bitcoin through this additional feature but also builds on the network directly. Quite recently, the tech giant built and then launched an identity tool precisely a decentralized one. And, it builds it into the blockchain of Bitcoin.

For the record, the project of Microsoft goes by the name Ion. It allows users in controlling their digital identities removing the need to rely on a particular company. The supporters of the project think it will hugely increase the privacy of the browser. Some even think that a similar system can store complex data like a passport.

Moreover, the fact that the tech giant Microsoft builds systems on Bitcoin gives a hint about its stance towards cryptocurrencies. Further, everyone knows that Bitcoin is the most secure crypto asset or blockchain on the earth. So, if people choose something more secure, there is lesser risk associated with their identities. Therefore, it makes sense to choose Bitcoin over others due to its least vulnerability. Besides this, Microsoft also bets that ‘crypto king,’ Bitcoin will survive all the odds in crypto space currently.

Furthermore, Bitcoin has almost six transactions in a second, which proves it not fast enough. It is because dealing with entire people of the planet needs faster identity service than Ion.