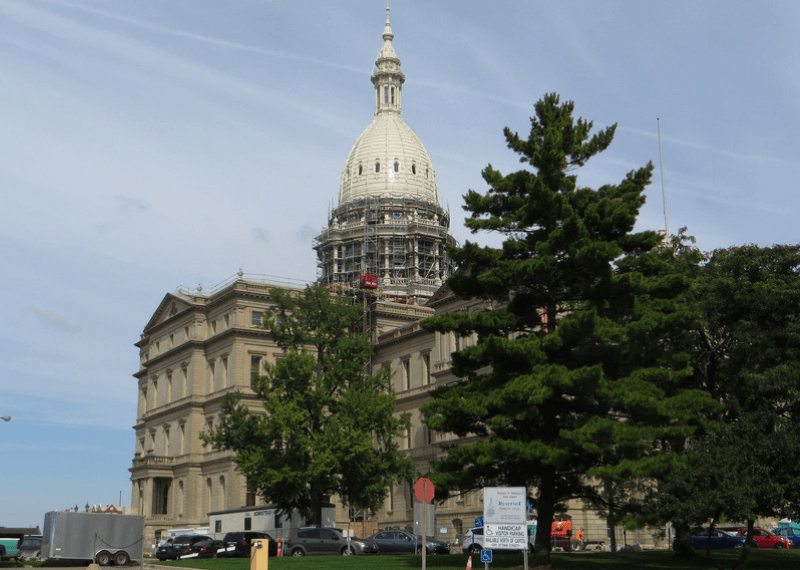 According to a letter published last Thursday, the Michigan Secretary of State has barred cryptocurrencies from being used as donations to political campaigns.

In the letter, William expressed his concern whether the virtual currencies will qualify as valid secondary depositories for stronger virtual assets.

The letter goes on to explain that the Michigan Campaign Finance Act describes grants as a ‘donation of cash or anything of determinable monetary value’, highlighting that the value of any contribution should be precise, certain and exact.

The Secretary of State’s office further wrote that Bitcoin and all other cryptocurrencies are volatile to qualify for such contributions.

He further mentioned that virtual currencies are not bare transfer controlled funds withdrawn or deposited via a financial institution, but instead are traded confidentially via an electronic platform. Just as commodities and stocks, Bitcoins value alters daily. Therefore, it is better that the committees deposit their funds in a financial institution.

The Department’s response to William’s Letter

The department officials in their response disagreed to William’s premise that ‘it is clear that virtual currency is a credible way to receive political donations,’

They further stated that “the regulations do not authorize such a medium to receive, and the department had never ascertained that cryptocurrencies are a valid way to receive political donations.”

Michigan isn’t the only State to Ban digital currencies

Michigan is not the only state to bar digital currencies from political contributions, California in late September announced that it will also ban virtual assets from being used in the political donations.

Stephen Middlebrook, a fintech attorney mentioned that the political campaigns are already permitted to accept ‘ in-kind and non-monetary donations,’ that is basically valued at ‘the fair market price of the goods when they are accepted.’

To the opposite, the FEC (Federal election commission) that ruled back in May 2014, noted that the PACs can receive small dollar amounts of digital currency. The Political Action Committee receiving the contribution will be required to gather data on the donor and value the donation based on the market value.

Stephen further added that the federal committee law is certainly more flexible and will set a better model for other states to follow.

Michigan Officials cited another issue that some investors could contribute virtual currencies confidentially, as unattested contributions are also barred under the act. Stephen further questioned this issue cited by the officials, saying this must not be a problem if political campaigns take measures to authenticate donor identities.

Having said that virtual currencies under the office’s interpretation can’t be utilized in political contributions, the Michigan letter refused to answer the questions about crypto firms. When contacted to William, he said that more politicians who better have knowledge about virtual currencies will be elected prior to passing rules regulating the space.