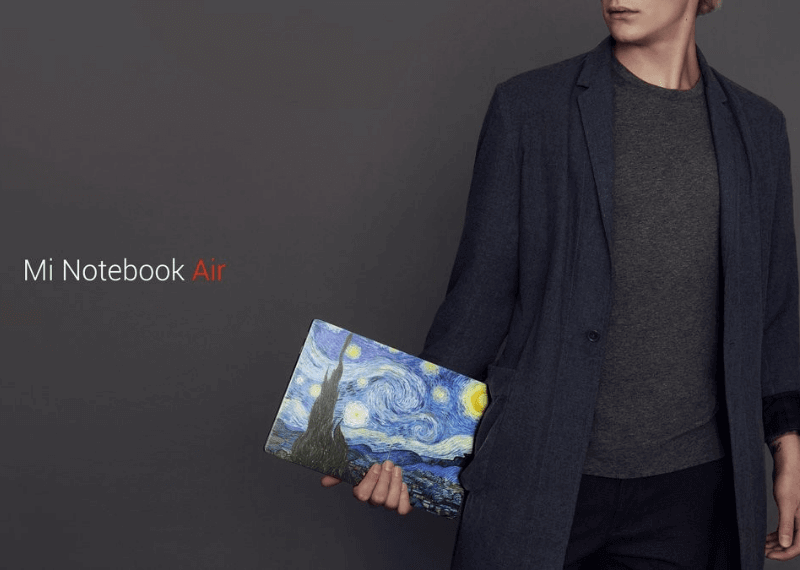 Xiaomi launched a perfect lightweight Notebook -the MI Notebook Air. This one manages to have a weight lighter than that of MI and is around 12.5 inches exactly as the display of MacBook Air and is available at a price of US$ 600. But this time there is a little deviation in the features which was expected. Also, this model features the processor i5-7Y54 rather than the i5-7200U one. The display of the notebook is 12.5 inch 1080p, and the Bezels are also there but at 5.71 mm. Overall there is simply nothing in the Mi notebook air that one can complain about.

Let’s See What Else Is New!

When we talk of the upgrades in the model, then the previous 12.5-inch model had the Core M3-7Y30 processor but this notebook has seventh generation Core i5 processor, and this is quite a remarkable upgrade to be observed in this awesome model. When we talk of the other models, there are also some Notebooks with 13.3 inches of display, having eighth generation Core i5, but that is made available to people at a very costly price as compared to that of the 12.5 inch MI notebook Air.

But something that can bother the customers is that the RAM of the brand new 12.5-inch Notebook Air is 4 GB and this is quite inadequate for the daily usage and requirement that people have these days. There is also a 256 GB SSD which completely resembles the previous model. This can be a little thing to be bothered, but at the same time, one can also rely on SSD which speeds up the system rather than making the use of ROM. Thus, the plight of having low RAM gets compensated with the SSD in it giving a better and faster system.

The look of MI notebook air can be considered as sleek and trendy. The laptop has its thickness of 12.9 mm which is around 0.5 inches. The weight of the Notebook is also  an appreciable part of this model. It weighs around 1.07 kilograms, or that is about 2.35 lbs, and if that is compared with the 13.3 inches Mac then that weighs around 2.75 lbs, which is nearly equal to that of MI notebook Air.

When it comes to the battery of the model, Xiami claims that the battery is meant to last for around 11 hours and 30 minutes at maximum. This model has been launched currently in China with a price tag of CNY 3,999 which if translated to US dollars then that would be around US$580. This makes it quite an appropriate choice to have opted in alteration to that of the MacBook Air. Only because this model is available at quite a less price than that of Macbook while offering lucrative features!

Up Close and Personal with IDAP COO and Co-Founder , Anupam Aggarwal