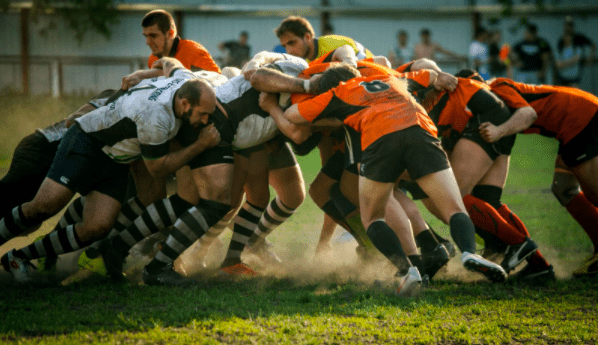 Liberty Gaming Guild is a barrier-breaking project and community in the world of ‘play to earn’ gaming. To consolidate the team further, Maurizio Barbieri, will join in as Chief Commercial Officer.

The guild serves as a ‘portal’ for gamers to acquire access to previously pricey and inaccessible NFTs in blockchain gaming and an ecosystem in which they may learn and grow in the new era of gaming.

Liberty Gaming Guild is a long-term project that aims to provide an exclusive gaming platform. By lowering the entrance barrier for participation, the gaming guild seeks to expand opportunities for all crypto-based gamers worldwide.

The game also fills in the gaps in knowledge of ignorance by offering training in various subjects, such as DeFi, CeFi, money management, investment advice, and so on. Logging into their site gives you access to many learning and self-development options.

The Liberty Gaming Guild community is rapidly expanding and undoubtedly has some extensive plans in the works for expansion across a variety of sectors. To move ahead and build a genuinely innovative blockchain gaming platform, Liberty is bringing the tech sports legend Maurizio Barbieri to join them. He is expected to add more value to the team and platform. Soon the community gamers will have the ultimate experience and new opportunities in the play-to-earn space. Well, Mr Barbieri needs no introduction! He possesses global recognition in the world of tech and sports media. He brings with him incredible expertise, vision, and a firm dedication to growth, development, and connection building.

Maurizio has always been interested in technology, sports, and the media, with movies and filmmaking as two of his most intense passions. He was instrumental in establishing MP Web as a market leader in developing and delivering media material for the era’s ‘new media.’

Maurizio worked across Europe and Asia from 2008 to 2012 before embarking on an entrepreneurial journey that included founding two firms and successfully raising capital for them. In 2013, he returned to Asia, taking on the prestigious role of Head of Sports for Samsung Asia in Singapore. He created and launched Samsung SportsFlow, one of the Korean company’s most successful services in the region.

By building a portfolio of programmes to accommodate the ever-hungry-for-content audience in Southeast Asia, Maurizio effectively generated new revenue potential for Twitter’s partners.

Maurizio pioneered and developed several notable collaborations with local broadcasters and associations over his four years at Twitter, aiding them in developing new ways to engage with fans and generate new revenue streams.

His strategic approach, vision, and ability to think outside the box to generate new opportunities and solve challenges have earned him a reputation as one of the world’s most regarded sports professionals.

In the crypto world, NFT games are the next big thing. Because of their unique traits and benefits, they will become a potent force shortly. As a result, it would be an ideal opportunity for players to make huge profits and, even better, to launch their business platforms in this field. As a result, the advancement of blockchain and NFTs is critical to the future of gaming.

With bringing in mr. Barbieri and his expertise, vision, and firm dedication to growth, development, and connection building, Liberty took a big step forward in creating global prosperity.

Is TurboXBT A Scam? A Comprehensive Review Of The Platform