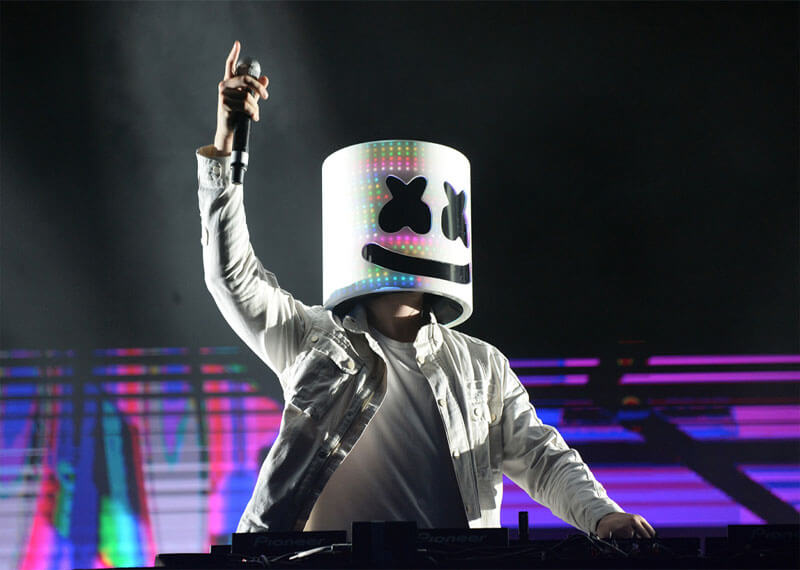 The information related to the virtual concert came into the spotlight because of an online leak. The leak took place on Tuesday. Marshmellow’s performance will begin at around 2 p.m. Eastern Time. The DJ will perform on Fortnite’s Pleasant Park’s football field. There are some players who have recently visited the area and are claiming that Fortnite has already set the stage for the performance.

The leak also suggests that the players who will not be present in Pleasant Park won’t face disappointment. These players can still hear the music of the performance and will also see lights from anywhere on Fortnite’s map. The show also comes with a limited time frame. The limited time performance mode is regarded as “Party at Pleasant Park.” Epic games reveal that they have put unlimited respawns.

This indicates that the player will kill each other while they will listen to Marshmellow’s music. Epic Games also said that there is going to be a cosmetic bundle for this performance. The bundle includes pickaxe, Marshmello skin as well as spray. Epic Games did not yet reveal as to how long will the event last and how much will the bundle cost.

This is the first of the concepts which are taking place in the world of gaming. Nevertheless, the big one single time events are eventually turning into a significant aspect in the game. There are some of the other spectacles such as rolling purple cube, and the rocket launch that are shaping Fortnite. Another addition to the game, “a floating ice sphere” helps the game by making it different than those other battle royales.

Learning from past mistakes!

These events are quite a fantastic concept and things like these make gaming more fun. But there is a downside in some of these events. When players die during these events their expectation of experiencing something new goes dead in the water. This is why Epic Games came up with a formula of removing the weapon. At the same time, the developers transported the players to a whole new dimension.

As of now, it is entirely unclear as to what changes the developer has come forward with this time. Epic Games need to make sure that the Marshmello concert is fun. Marshmello is a longtime Fortnite fan and teamed up with Ninja from Twitch too.