Cryptocurrencies have a lot of uses, among them being their lending power, staking power, and some with the ability to serve as means of payment. Getting invested in some of these cryptos is how some investors with excellent timing have gained riches. In this article, we will analyze some cryptos with such lending and staking power that you can invest in.

CashFi (CFI) is a new crypto in the market that wishes to use its token, CFI, as a key role player in its staking ecosystem. Through liquidity staking, it will aim to reduce illiquidity for all staked commodities.

Over the past few years, staking has become very important, especially on the Proof-of-stake (POS) consensus which has overshadowed its counterpart, Proof-of-work (POW). This wasn’t always the case before, as miners in the POW network were in charge of verifying any new transaction that was added to the blockchain.

Even though these miners got rewards for being good, they were no penalties against them if they did act badly. When it comes to the POS consensus, participants in the network are able to stake their crypto and become validators, meaning they can take part in all of the network’s votes, reward earning, and transaction verification.

CashFi (CFI) as a POS staking network promises to consume less energy with more capital needed to get started. Due to the use of the POS consensus, users in the ecosystem will be able to manage their cash with the use of CFI liquid staking.

CashFi (CFI) won’t be making use of the typical legacy staking that most coins use because of its shortcomings. These include;

Most assets staked by users cannot be used for any other activity like lending or borrowing until their duration is passed.

Users aren’t able to access or retrieve their staked tokens at any given time. This is because some network security constraints are placed on these staked assets.

CashFi (CFI) developers understand all of these issues and have made sure that CFI staking can overcome them.

Its liquid staking allows the delegation of user assets through intermediary platforms that help users make stakes without cutting off any access to the capital staked.

CashFi (CFI) allows its users the ability to access their staked funds through liquidity staking while keeping the rest of the tokens in escrow.

Aave (AAVE) is a unique lending platform that makes use of smart contracts as collateral for lending. In this case, users can simply make deposits of their favorite cryptos into a lending pool that serves as collateral for which other users can use to borrow against. Those who deposit could benefit from massive interest rates from the process while the borrowers pay the interest.

Aave (AAVE) lets its users put any kind of cryptocurrency in the Aave (AAVE) market and these funds on withdrawal can be converted back to their original form without the use of a crypto exchange.

Bitcoin (BTC) has been seeing a downward trend, especially with the rise in sentiment around the crypto market. It’s been a difficult few weeks for the king of crypto. Its been suggested that part of the reason Bitcoin (BTC) has been dropping in value is either its users are pulling out or are using their funds for something else. 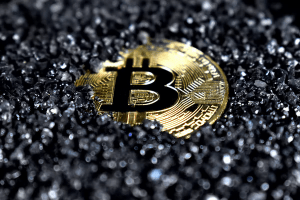 Whatever the case may be, many are suggesting Bitcoins (BTC) value will rise more than 10× what it has now before next year ends. Having been accepted as a means of payment in several nations and by most major companies, it’s only a matter of time before the king of crypto erupts with a huge consolidation period.

CashFi (CFI) information can be found below:

CAN MOUNTANAZ (MNAZ) SHAKE UP THE CRYPTO WORLD AND TAKE OVER GIANTS LIKE ALGORAND (ALGO) AND VECHAIN (VET)?