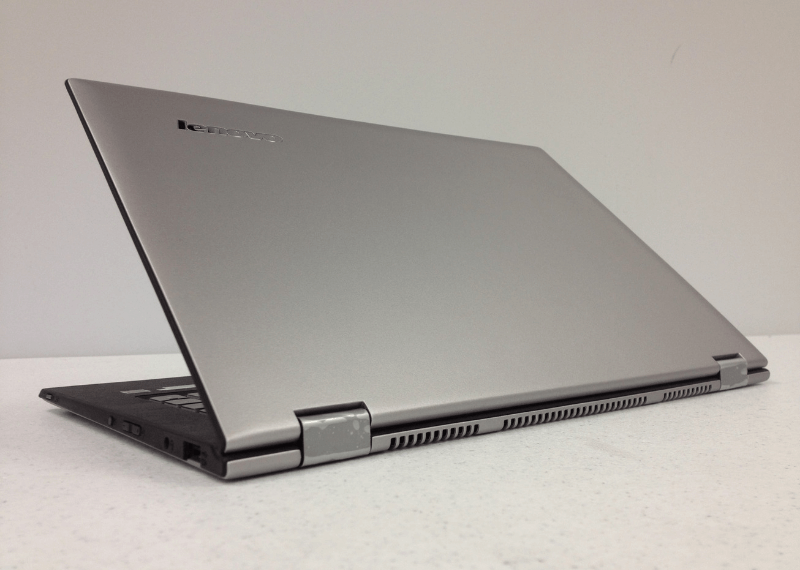 Lenovo has constantly worked hard to slim its Yoga series display bezels and has achieved varied success in doing so. The huge chin on the previous Yoga 910, Yoga 920 and the Yoga C930 models spoiled the overall display look. However, Lenovo has finally removed it for its latest Yoga S940 laptop.

Lenovo introduced its brand new Yoga S940 at the CES 2019 which is indeed all about the display. When the lid of the laptop is closed, the 13.9-inch panel does not look a lot different from the other advanced laptops which are available currently in the market. Even the main components of the Yoga S940 are pretty standard – Intel eighth-generation Core i7 chipset, Intel UHD 620 graphics, 8GB or 16GB of RAM and up to 1TB of storage.

However, once the lid of the laptop is opened, you will be greeted with an edge-to-edge display, thanks to the ultra-thin bezels. Besides this, the company has also used contoured glass on Yoga S940’s bezels, which makes the display look extra thinner.

This is the first laptop of the world to have such a rounded and curved glass rim. Another change in the display is the placement of the webcam. The company has inverted the notch to fit in the webcam and yet make the display bezels thin.

The laptop also comes with AI sensors which can lock the laptop while you are walking away from it. Besides, it will also be able to detect if any person is staring at your screen while you are using the laptop.

You will also get two Thunderbolt 3 USB-C ports as well as one usual USB-C port for connectivity in the Yoga S940. The company has not used the regular USB-A port and instead preferred the USB-C this time around. Well, the timing sure appears to be right with the industry slowly driving towards the use of USB-C. Lenovo says that the Yoga S940 will be released in May and will have a starting price of $1,499.99.

The Yoga S940 is not the only Yoga series laptop Lenovo introduced at the CES. The company also launched a new Yoga C730 laptop which comes with a 15.6 inch convertible 4K OLED panel. However, the chin continues to stay even in the C730 variant, but still, the amazing UHD pen-enabled panel is there to distract you. The specifications of the Yoga C730 include an Intel eighth -generation Core i7 chipset, up to 16GB RAM and 512GB of SSD. Its pricing will start at $1,650 and once released in April; the Yoga C730 will not be available in the US which is pretty disappointing.