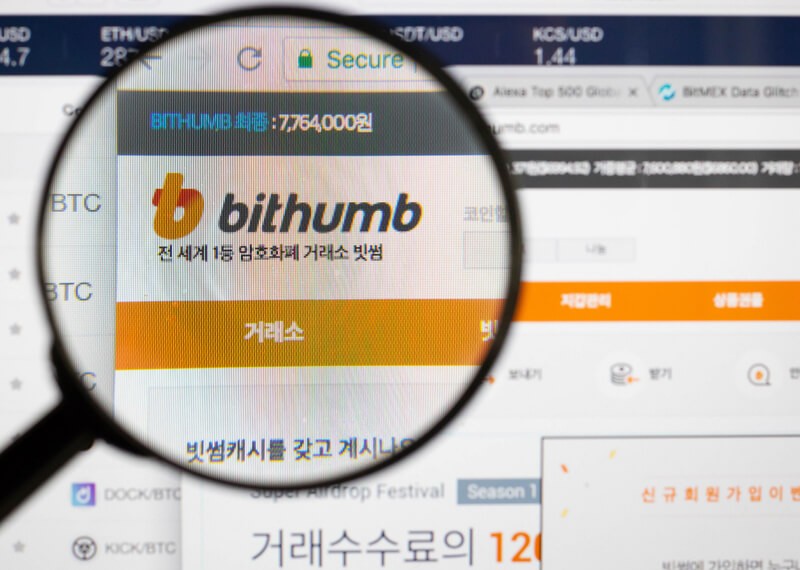 Bithumb is a famous and well known Bitcoin exchange platform in South. The company has just confirmed that they have sold more than thirty-eight percent of the total ownership to a Singapore based blockchain consortium for 400 billion Won, which is $350 million.

CoinDesk has reported that the company signed the deal on October 11th 2018 with Singapore based, BK consortium, which is a blockchain investment firm formed by BK Global.

The BTC Holdings Company owns 76 percent of Bithumb’s equity at present. The company has agreed to sell 50 percent+1 shares of their 76 percent ownership to BK consortium, which makes BK consortium the major shareholder.

The report further added that the contract valued Bithumb at more than one trillion Won which is around $880 million making the chairman of BK group, Kim Byung Gun, the largest shareholder of Bithumb.

The report has stated that Kim Byung is also a cryptocurrency investor who later established the  (ICO) initial coin offering firm and platform in Singapore last August.

The company decided to sell the stakes after the news of investors revealed the details about the crypto exchange. They stated that the company has garnered a benefit of $35 million in the year’s first half despite, losing $40 million worth of cryptocurrency in June.

Q3 was also rough for the company, as the firm suspended all the new account openings due to contract issues which also led to a significant drop in the trading volume. Based on the data from Coinmarkecap, Bithumb has seen 1.1 billion worth of activity in the past 24 hours