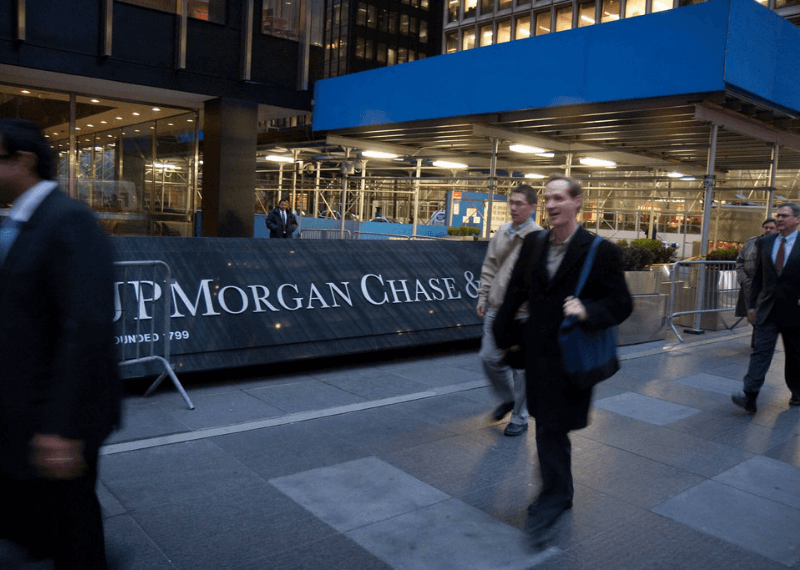 As per reports by a respected Australian media outlet, prime authorities at JP Morgan have given their final nod to Ethereum. This happened after ETH foundation reinstated their unshakable commitment to developing the Quorum ecosystem. Quorum is an enterprise version of Ethereum designed to run applications requiring high computational speeds and substantial throughput processing power.

Quorum continues to find more support, with one of them being JP Morgan. Umar Farooq, Head of JPs Blockchain Initiatives has been all praises for Quorums’ use of tokenizing gold bars in wake of several financial institutions. He previously quoted,

” Every line of business” at the bank now has blockchain experts. It’s become so pervasive that on the bank’s internal messaging system, the blockchain virtual room has more than 1,500 members.”

On the other hand, Farooq’s views seem to be a stark contrast to those of CEO Jamie Dimon’s. He has time and again labeled Bitcoin and other altcoins as a craze which will eventually fizzle out. However, he seemed less staunch on his stance, he stated,

“I didn’t want to be the spokesperson against Bitcoin. I just don’t give a ….., that’s the point…Blockchain is real, it’s a technology, but Bitcoin isn’t the same as a fiat currency.”

Farooq seemed enthusiastic about the potential of crypto technology, he quoted

“There are people outside our firm using Quorum to tokenize gold, for instance. They wrap a gold bar into a tamper-proof case electronically tagged, and they can track the gold bar from the mine to endpoint – with the use case being, if you know it’s a socially responsible mine, someone will be willing to pay a higher spread on that gold versus if you don’t know where it comes from. Diamonds is another example … We are the only financial player that owns the entire stack, from the application to the protocol. We are big believers in Ethereum.”

While Dimon maintains his stance that the financial sector should direct its focus to blockchain rather than crypto assets, JP Morgan has been working on a potential blockchain use case. This will possibly accelerate cross-border transaction speeds. JP Morgan has signed up for Interbank Information Network (IIN), an entity that was launched in 2017. The enterprise consists of some of the largest banking agencies in the world and was launched to foster faster and efficient bank transfers.