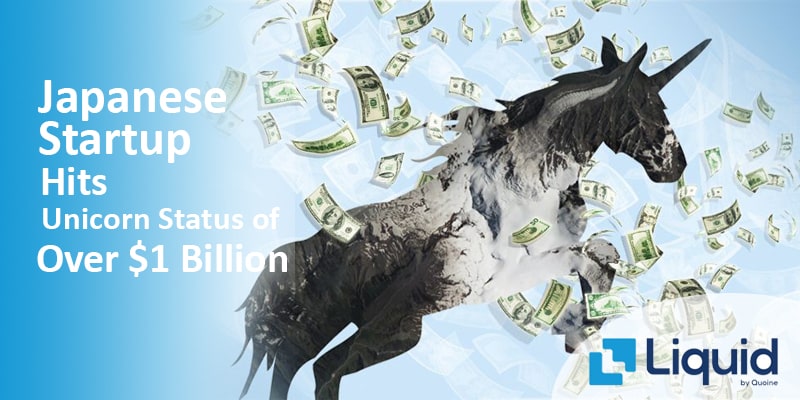 The Japanese startup company, Liquid.com announces the successful closure of its Series C fundraising rounds achieving a total value of more than US$ 1 billion. It shocked everyone making it the second billion dollar company in the industry of tech startups. The firm took only five years in achieving this grand title of being a billion-dollar firm.

The Japanese cryptocurrency platform will use Series C funds for global expansion. It will also use the fund in the product development sector.

IDG Capital and Bitmain Technologies funded the investment round of Liquid’s Series C. As per reports; these firms are one of the most controversial and largest users and makers of cryptocurrency mining rigs. IDG Capital invested in different cryptocurrency firms like Ripple, Coinbase, Kakao, and Bitmain. And, Bitmain invested in ErisX which is a crypto asset trading platform. The firm has goals to gain a license from Commodity Futures Trading Commission or CFTC.

Jihan Wu, the co-founder of Bitmain recently stepped down from his position of CEO after a disappointing year. He says that Japan is putting the crypto industry under proper rules and regulations. According to him, the country is leading in the crypto industry, and Liquid Group proves to work under such regulation. The company proves to be the exceptional player which is important in this global competition, added Wu.

On the other hand, General Partner of IDG Capital, Young Gao says that IDG actively invests in the global market of cryptocurrency since the year 2012. It also identifies key players early and realizes that Tokyo emerges to be the top destinations in crypto-world. He also acknowledges visionary pioneers of Liquid’s co-founder Mike Kayamori and Mario Gomez Lozada and their innovation in this field.

However, the firms like Bitmain Technologies and IDG Capital are not alone in the list of high profile investors for Liquid. Reportedly, Liquid raised over US$20 Million from firms like SBI, JAFCO, B Dash Ventures, ULS Group, and Mistletoe. Liquid also raised funds from pre-discounted initial coin offering which was a fundraising event for over US$100 million.

The CEO of Liquid, Mike Karamori says regarding the successful fundraising round that, consumers place a high value on digital assets. They invest in the technologies and assets that they can trust and easily use. According to him, it is a new age of digital disruption in financial services. He adds that the mission must be to make the financial services accessible to all. By this statement, he also means that the services must be such that it brings more people into the space of digital asset. He further says the industry must include everyone who wants to become its part.

Mike Karamori acknowledges IDG Capital and Bitmain for their Series C funding. He calls the two firms as highly respectable and the reason behind its incredibly strong position in the global arena in the year 2019.

As per recent news, the parent company of Liquid is Quoine which is a global fine technology company. Also, Japan’s Financial Services Agency licenses the company.