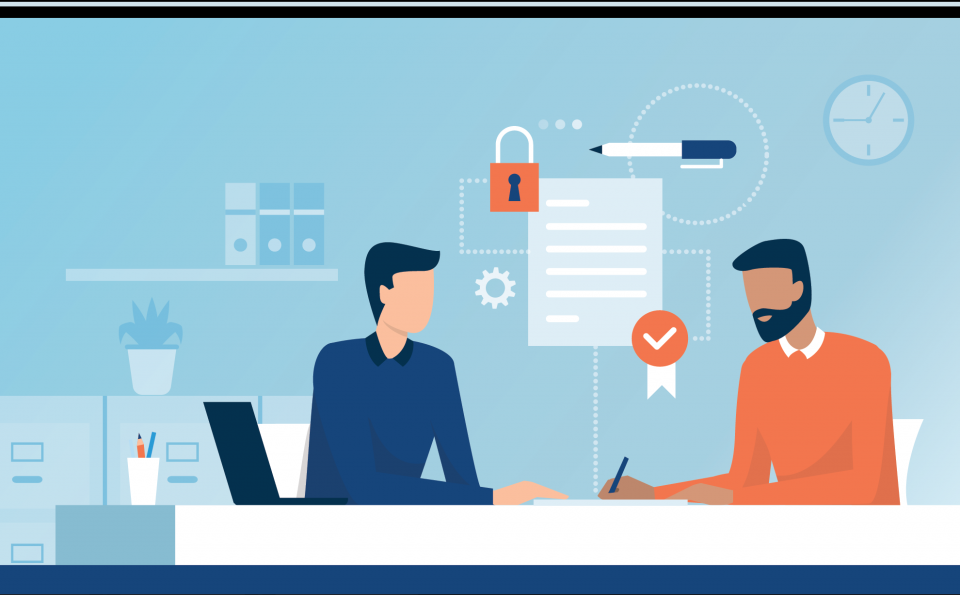 Credit scoring systems are a long-established means to determine the financial standing of people who apply for loans. Scores typically take into account a person’s banking data such as credit card usage, current loans (and how much has been paid back), and other financial information based on people’s financial behaviour.

A complex process allows institutions to establish the risk of dealing with individuals and how likely a loan applicant is to repay the borrowed amount. While this may seem a sound method, it has its drawbacks. The Federal Trade Commission (FTC) estimates that 1 in 5 Americans have a “potentially material error” in their credit score that negatively impacts their ability to get a loan. Further, concentrating this sensitive information within a handful of institutions also creates a lot of vulnerability, as the September 2017 Equifax hack that exposed the credit information of nearly 150M Americans demonstrates.

But an even bigger issue exists in that higher barriers, worsening economic situations due to the still ongoing effects of COVID-19, and the increasing wealth gap have exposed the traditional credit scoring system’s shortcomings when it comes to the 1.7 billion people that the World Bank says don’t have access to financial services. Their lack of data also means that they are further denied the benefits of a personal credit score.

Micro banking and other means of transacting have offered an opportunity to the under and unbanked to be able to take part in the global financial system, albeit to a limited degree. People, especially in emerging economies, use different e-commerce and digital payments systems to go about their daily lives, buying groceries, mobile credits, and making other small payments.

The information-rich databases that these systems contain are not connected to banks or other institutions and therefore users have no credit history, effectively cutting them off. According to the World Bank, 3.9 billion people are unable to take part in the global economy due to this.

How big is the gap? If the unbanked can be included within the formal credit sector, it can boost the global GDP by $250 billion.

The situation also applies when it comes to cryptocurrencies. Prized assets due to their increasing value, DeFi was thought of as the perfect solution to providing access to financial tools, such as borrowing, using crypto assets. However, due to the lack of trust in these early days of DeFi, loans are overcollateralized, sometimes requiring double the amount to be put up as a guarantee.

“Whether you’re a rural farmer in sub-Saharan Africa or a fresh college graduate in Los Angeles, there are still a lot of barriers for accessing capital within the traditional financial systems,” says William Zhang, Security Architecture Lead at The World Bank Group and advocate for data as capital. “While blockchain and DeFi have helped democratize data and finance, there is still a lack of trust that can be limiting for people without existing collateral. But a solution that provides access by rewarding good on-chain behaviour and allows new users to earn trust within the system could unlock  new possibilities for nearly 2 billion people around the world.”

Called Alternative Credit Scoring (ACS), a lot of effort is being applied to develop personalized scoring for non-traditional financial systems. CreDA has developed such an ACS for the crypto and DeFi sector. Currently, there is no method available to gain an uncollateralized or even a lowered collateral loan in the $250+ billion DeFi sector, making CreDA the world’s first decentralized credit rating service.

Using AI to analyze different onchain statistics, CreDA provides a trusted and secure ecosystem that breaks down the barriers for the unbanked and enables billions of people to get access to unlocked capital.

A second layer solution built on top of the Ethereum blockchain, CreDA is connected with multiple chains, including Ethereum, Arbitrum, BSC, Polygon, HECO, Fantom, OEC and Elastos Sidechain, giving it access to over 90 million addresses and billions of transactions being conducted. The protocol uses AI to leverage blockchain’s transparency and immutability by assessing activity through a user’s connected wallets. A unique credit score can then be minted as a credit NFT (cNFT) that can be used to gain access to low or even no collateral loans as well as other benefits through the CreDA platform and its partners.

“CreDA has the potential to completely change how credit is used and distributed across the world, Web3 and through the emerging Metaverses,” says CreDA’s incoming CEO, Fakhul Miah, who has worked in traditional banking for over 15 years with Morgan Stanley. “As DeFi continues to expand and grow at incredible rates, CreDA is poised to connect the new and traditional worlds of finance through a trusted mechanism of credit scoring that links on-chain and off-chain activity, eventually providing people with a holistic credit score that can be used in virtual and real-world applications.”

Boxing Legend Mike Tyson Is “All In” On Solana

According To a Poll, Over 50% of Indians Are Against Cryptocurrency Legalization