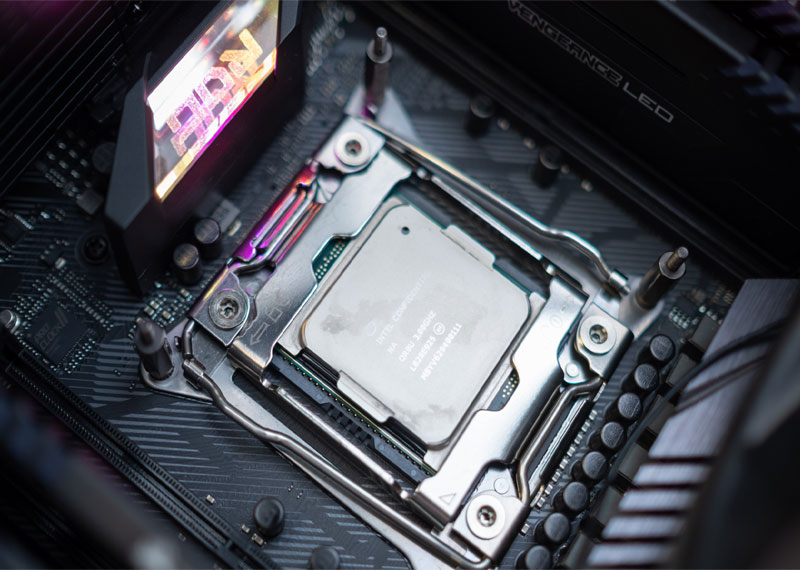 It is rumored that the chipset giant in the world, Intel is going to release Core i9 Extreme processor. Given that the new SKU suggests the fact that there might be some kind of oddity in that. The processor will not follow the conventional way of getting distributed, which is via the retail channel. On the other hand, the processor might only come into being to some of the primary system integrators. The rumor also suggests that the Core i9-9990XE will only be sold via an inaccessible auction.

This might be quite unusual and rare. Intel’s limited edition processor, Core i7-8086k processor which commemorates the 40th anniversary of the first x86 processor, 8086 processor. 8086 has kick-started the era of the x86 as a retail chip. It is also not clear as to why Intel is trying to make the Core i9-9990XE. The Core i9-9990XE is one of the processor in the entire world which is very tough to obtain. Given that the processor is rare, it still doesn’t have anything to do with a special binning.

Delve into the specifications!

As far as the topic related to binning is concerned, the Core i9-9990XE is a 14-core/28-thread processor. Anandtech has reportedly seen similar documentation by supporting the information from several sources. On the contrary, the Core i9-9980XE is an 18-core SoC with 36-thread CPU.

Most importantly, the high-end model number in the Basin Falls lineup of Intel won’t sport many cores. These models do not throw away the threads at the workload. On the other hand, the processor is no different than the faster-clocked and hyper-binned Intel Core i9-9940X processor. Core i9-9940X is also a CPU which consists of 14-core/28-thread. The Core i9-9940X is comprised of a 3.3 GHz base clock and a boost clock of 4.5 GHz. On the other hand, the Core i9-9990XE has a faster 4GHz base clock as well as a 5GHz.

Let’s wait for the auctions!

The other thing which is exceptionally enticing is TDP. Rather than having a TDP of 165W, like that of the other Basin Fall chips. The chipset from Intel is jacked up with 255W on the Core i9-9990XE processor. The processor requires a lot of heavy duty cooling. The processor also needs a good motherboard which is capable enough to supply approximately 410 amps to the Central Processing Unit.

As of now, Intel has not yet revealed the information related to the pricing. The company has not yet determined the price of these processors yet. Pricing is going to come down to what the integrators of the system will pay in the auctions. The auctions will be held once in every quarter.