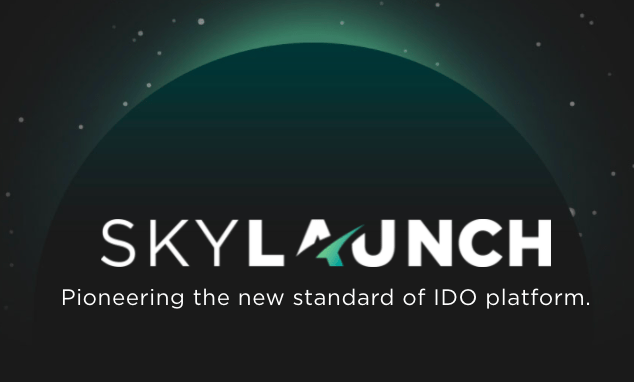 In a recently made announcement, it has been revealed that the multi-chain launchpad for Initial DEX Offering (IDO), SkyLaunch, is planning to launch a new accelerator and multi-chain IDO platform to cultivate and develop new blockchain projects.

SkyLaunch, a platform created on the top of major EVM compatible chains including Polygon and Binance Smart Chain. As disclosed on the official website of the platform, the launchpad is amalgamated with a planned layer-2 scalability solution, which is based on the Optimism Protocol. This has been done in order to escalate transaction processing speed and virtually eliminate the gas fees for investors.

The team headquartered in London, SkyLaunch, comprises skilled and experienced blockchain developers, Venture Capitalists, and Asset Management Specialists, who provide tools and extend support to new projects both prior and post IDO.

In addition to this, it should be noted that the SkyLaunch platform is committed to the creation of a multi-chain IDO platform that ranges beyond the initial capital raise by associating fascinating early-stage projects with the tools, finance, and support network for ensuring long-term success.

Know Why the SkyFinance Launchpad is the Next Big Thing!

There is clearly no denying the fact that a majority of launchpads in the market are focusing only on raising the initial capital in a quest of making more returns. However, SkyFinance offers a complete range of exclusive services to new projects that are not yet ready for an IDO including technical enhancement, legal substructures, finance, and marketing.

The platform stays faithful to its aim and ensures the successful launch of a product utilizing its tools and compatibility software. Here comes the key role of the SkyLaunch Alliance following an IDO, it is a network of partners spread across the blockchain ecosystem to provide services like licensing and legalisation, treasury management, market-making, exchange listings, and marketing services.

Truly, the SkyLaunch platform is something we just can not avoid and deny the potential of.

It should be laid an emphasis on the fact that the SkyLaunch protocol possesses the potential to bring you two allocation access solutions. Reportedly, the first is the primitive familiar lottery system and the second one is Transparent On-Chain Scale Mining. Talking further about the Transparent On-Chain Score Mining, it is a mutinous feature in which the participants stake

$SKYFI, the native token of the platform. In return, the participants are provided with access to IDO allocations.

Along with this, it seems that SkyFinance is dedicatedly working for their investors, as the holders of their native token $SKYFI, will be given the authority to vote on organizational proposals while earning rewards from staking them. Moreover, the platform addresses that they will be providing their token holders with benefits such as discounts on premium versions, money market, and OTC Swaps.

Well, this can be considered a significant move as the new solution gives the investor complete authority over his IDO allocation, based on his own actions. Adding further, we noted that the allocation is fully dependent on the investors’ action, as whatever score the participant will be able to create, it will be determining the allocation. However, it should also be kept in mind that the deciding factors will be the amount staked, for how long the asset is staked, and the total number of days since the last withdrawal from the staking pool.

Above all, the platform has alignments confirmed with two notable EVM (Ethereum Virtual Machine) compatible players in the market, the Binance Smart Chain, and Polygon. That’s surely something to lay an emphasis on as these platforms are incredibly popular and reliable.

Creators can Sell their Content as NFTs and Engage with Fans Through Melon, the Cross-chain Decentralized Platform for Social Content

Cylum Finance is Introducing Auto-compounding, Staking, and Burn Features to the DeFi Space