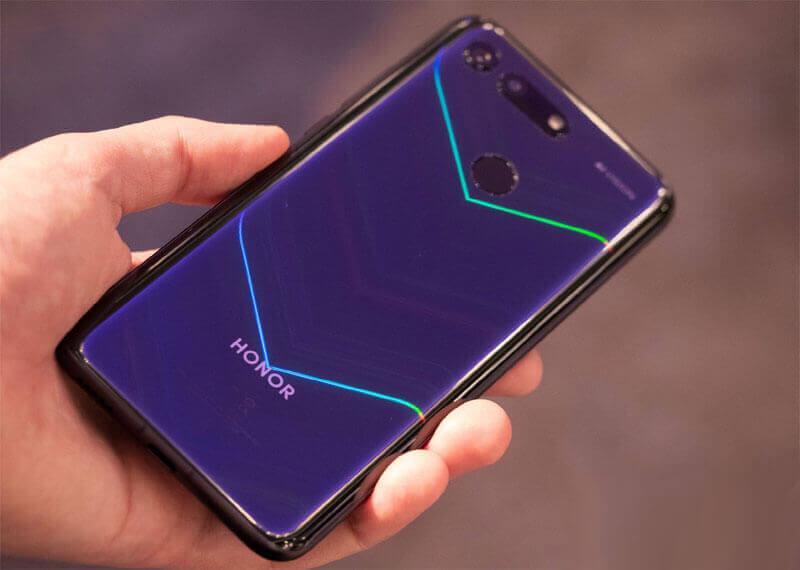 The Smartphones introduced at CES are generally either very bland or niche. This is why Huawei introducing its Honor View 20 at the tech fair was pretty refreshing and thrilling. The smartphone is bold and eye-catching in each aspect. It is a Smartphone which can grab attention even at dedicate Smartphone shows such as Mobile World Congress.

Well, the Honor View 20 is not entirely new as another version of the phone; the Honor V20 was announced in China in December. This is why most of its specs are already known. The Honor View 20 features an impressive 6.4 inch LCD display, which essentially leaves no space for bezels. But it does hold an O-notch up front for the 25 MP selfie camera. However, when you hold the phone in your hand, up close, things change or rather magnify pretty much.

The amazing specs that are worth the wait

The rear side of Honor View 20 pops out dramatically owing to the laser-etched V pattern which shines in the light. It is tantalizing. And it is only when you see the phone in person that the impact of its hole-punch display sinks in. It is so natural that you would probably not notice the sensors missing on the phone’s front. Instead, the company has shifted the sensors to the top edge of the View 20. Well, only the review of the phone will show if a change in sensor placement has an impact on daily usage.

Talking about its specs, the View 20 sports a 48 MP rear camera which uses AI tech to make each shot extremely detailed. There’s also a 3D camera that utilizes a time-of-flight sensor technology to detect depth map. This means that the 3D camera can differentiate the subject from the surrounding background and then manipulate both of them. Well, there’s no 3D camera in the front, along with the 25 MP selfie hooter. However, you can still apply AR filters to moving faces, which is similar to the Apple iPhone Animojis. Besides, there are filters which you can use to light up your selfies dramatically.

Wait for the price outside China

The Chinese Honor View 20 variant will cost somewhere around $500. Hence, the Huawei fans in China can already buy their View 20 or the V20 as its known there. On the other hand, the company is all set to host View 20’s global launch in Paris on January 22. If lucky, we might get details about the phone’s availability and price outside of China. A phone as appealing as this one would do well in any country.