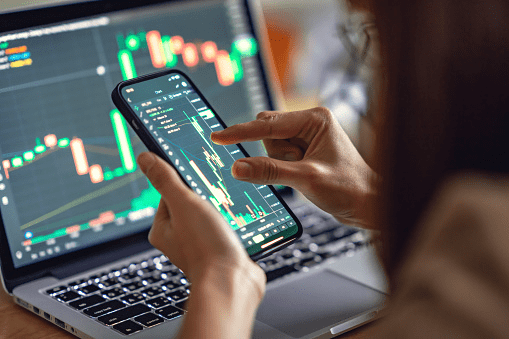 As we get closer to the halfway mark in what has been an electrifying year so far for so many cryptocurrencies, let’s take a look at three projects with massive potential to end the year with a financial bang – TRON (TRX), Algorand (ALGO) and Logarithmic Finance (LOG)

TRON (TRX) is a blockchain platform with solid foundations. It was founded in 2017 by Chinese-Grenadian entrepreneur Justin Sun. Sun is hugely famous in China and is the chairman of Peiwo, China’s biggest audio platform with over 10 million users. He also owns BitTorrent, the famous file-sharing site which has a staggering 170 million users.

TRON (TRX) is partnered with Chinese internet giant Baidu, and together they have raised over $70 million through an ICO to get TRON (TRX) started. TRON (TRX) is now the fastest-growing blockchain on the planet, counting over 92 million users on its database.

TRON (TRX) recently changed to become a DAO, and they have now launched the decentralised stablecoin, USDD. Through TRON (TRX), USDD is pegged to the US Dollar and can maintain its price stability in conjunction with the TRON (TRX) DAO Reserve.

Even when the market is in retreat, TRON (TRX) has maintained stable pricing. At the time of writing, it is up 17.44% over the last 7 days.

What is the biggest sporting event on the calendar? That’s right, it’s the FIFA World Cup, and this December the eyes of the whole world will be focused on Qatar as the world’s best ballers battle it out to be number one. Behind the scenes, the battle is all about who gets to sponsor this prestigious occasion. Aside from the usual big-hitting soft drink and fast food giants, this year there will be an official World Cup Cryptocurrency. Who is to be? You guessed it – Algorand (ALGO).

It’s a massive coup for the ambitious blockchain, which claims to be the world’s most decentralised, scalable, and secure blockchain infrastructure.

The partnership with FIFA means that Algorand (ALGO) will provide an official blockchain-supported wallet solution. This means that future NFT collections and blockchain-based initiatives, including ticketing, will be generated by the platform.

After announcing the partnership, Algorand’s (ALGO) price shot up by over 15%. This seems highly likely to continue to rise as the competition start date grows nearer, with kick-off in late November.

The famous DEV Team ( a renowned constructive and inclusive social network for software developers) recently described Algorand (ALGO) as the ‘Future of Finance’ on its website.

Algorand (ALGO) has also achieved enormous success with its first DeFi ecosystem, the awesome Yieldy. Yeildy’s merger and acquisition of WAGMIswap make it the clear leader in GameFi and DeFi on the Algorand blockchain. In just 6 months, WAGMIswap gained major traction, hitting a trading volume of $40M in its first week.

Logarithmic Finance (LOG) – The New Kid on the Block

Logarithmic Finance (LOG) is a recently launched cryptocurrency aiming to make a big splash in the crypto world. It has all the potential and innovative features that may well see it become the next big thing in the digital market.

Raising finances on a decentralised platform can sometimes be a treacherous task. Many platforms designed to do this, tend to hit problems such as lack of financial security, low-budget innovators, and the high cost of time to market.

Logarithmic Finance (LOG) has come up with an innovative way to address these problems at either end. It is promoting the idea of a liquidity pool that fills in gaps and acts as a bridge. The philosophy behind the pools enhances the buying power of investors looking for first market access to open blockchain networks.

The main idea behind Logarithmic Finance (LOG) is to build an interactive community and develop advanced features for project innovators and provide awesome DeFi innovation at a safe and scalable price.

So, three quite different cryptocurrency projects with one obvious thing in common – extremely high potential for massive profits in the later part of 2022.

How do you cash out on DeFi wallet