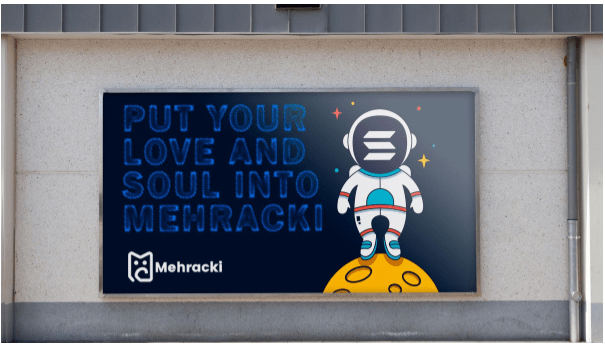 Today, a new cryptocurrency is on the horizon. This meme token, Mehracki (MKI), offers a unique utility and product design that saw its presale value rising as the weeks went by. Leading meme coins like Dogecoin (DOGE) and Shiba Inu (SHIB) have helped sustain and add fun to crypto, but current realities are asking for much more than meme alone. And as it seems, meme coins like Mehracki (MKI)  may be well-positioned to give exactly that — much more.

Shiba Inu (SHIB) was created in August 2020 as a meme coin with a design objective to stimulate decentralized ecosystems. SHIB itself was built on the Ethereum protocol, further attesting to its secure framework and universal appeal to the crypto world. The Shiba Inu team has launched a DEX: ShibaSwap, and it’s been all the rage in the cryptocurrency market. In April, it also joined Robinhood, but this has neither raised its price nor its trading activity, as its transaction volumes are yet to witness a jack-up.

The value of SHIB has been in a nosedive for five months now, from late January this year, with about a 70% drop in its recorded transactions. There is plenty of rhetoric around SHIB’s lack of utility to grow the project, and many have highlighted this to be its biggest flaw, leading its value to plummet. The reduction in the number of transactions and the holder’s account, and a pullback on the token value, seem to corroborate this theory.

The leading meme, DOGE, may have managed to stay afloat, but its token value has similarly witnessed a flurry of price fluctuations in the past months. With a product utility that seeks to throw in fun and memes to cryptocurrency experiences, DOGE is a favourite by far. Trading on Binance Smart Chain has somehow given DOGE that character and feature of low transaction fees, high scalability, and quick transaction throughput. DOGE blockchain is as old as the coin itself. Still, it seems to have proven to be less adaptable when compared with Ethereum and Solana, layer 1 protocols with exceptional utility for developers and users.

Despite its little utility, DOGE enjoys a market cap of over $11 billion, earning it a place among the 10th largest cryptocurrency today. But as stated earlier, the giant meme coin is also struggling for stability. With a 10% drop in late April and a further 5% predicted to drop in a few weeks, it may be time to seek alternatives. 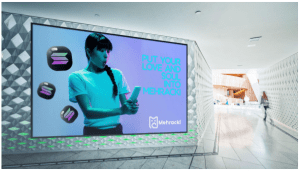 Mehracki (MKI) is a community-driven meme token built on the Solana blockchain protocol with a nitro transaction speed and high scalability. The token aims to provide fast, cheap, and borderless transactions focusing on industries like hospitality and tourism. Mehracki is an ecosystem that seeks to provide the users with an independent and affordable utility token Decentralized Autonomous Organization (DAO), Staking, NFTs, a marketplace to showcase businesses related to hospitality and tourism along with their honest reviews.

Mehracki’s use case, utility, and real-life application represent its market edge as its token value continues to jack up ahead of its launch. Here are a few reasons you’ll need to assure you that MKI is the new cool.

First, MKI is built on a utility model, in which case the token is utilized in transactions between customers and businesses in the mentioned categories. Secondly, the Mehracki team provides incentives for adoption, introducing a rewards system and gamifying milestones per transaction. Third, it features real-life applications and allows users to swap other cryptocurrencies with MKI tokens for utility purposes, including the metaverse and NFT markets.

Further, it features a simplified, interactive, and user-friendly ecosystem. And while the Mehracki (MKI) token will not be completely free, each transaction will charge 0.5% to maintain the ecosystem, staking rewards, incentivizing payments, liquidity pool, etc.

The MKI token has a total fixed supply of 100M, and from this, around 36% will be used in its liquidity and presale, while 20% will be utilized in the ecosystem and 10% on incentives and rewards.

Mehracki (MKI) has a highly promising roadmap with great features that will uplift it shoulder to shoulder with meme coin giants like Dogecoin (DOGE) and Shiba Inu (SHIB).

Can the meme coin, RoboApe (RBA) match the success of DogeCoin (DOGE) and Shiba Inu (SHIB)?

PGA Collaborates with Autograph for a multi-year NFT Platform Partnership