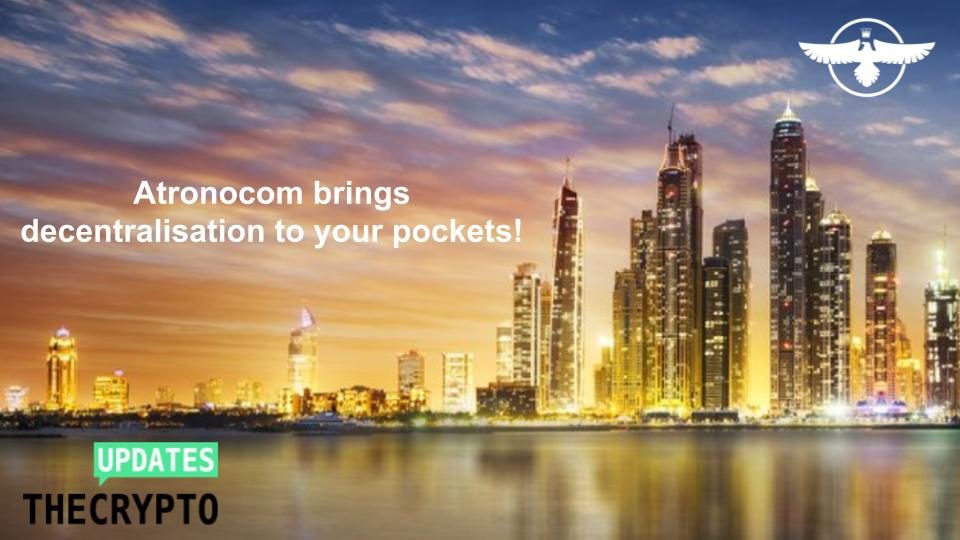 We are with Mr. Thomas Koller, the CEO of Atronocom which is a secure platform and one of the fastest developing markets in the world. Atronocom will provide practical experience and transparently guarantee and live the exchange of information between the parties involved. Let’s discuss with Thomas. Here we go:–

Q1. Tell us something about Atronocom and what is the idea behind this project?

— ATRONOCOM is positioning itself as a game changer through its detailed ideation, research, planning, and the development of a cryptocurrency and platform that brings a new, exciting world of digital finance and communication that is easy to use and not tied to government policies or affected by security breaches or attacks.

With a safe, secure platform for payments and communications using an encrypted, Pentagon-standard security system, ATRONOCOM offers staking, banking, OTC exchange, and fast-paced community interaction at your fingertips and on your mobile!

Q2. ATRONOCOM is not conducting an ICO (Initial Coin Offering), and no tokens will be issued before the platform launch, this sounds interesting, any specific reason for this?

— To establish trust and to reduce risk, we decided to take the path of a SAFT crowdsale (Simple Agreement of Future Token) over the conventional ICOs (Initial Coin Offering) offered by other platforms.

Q3. Is the project roadmap justified and executed as per the planned development pipeline? Are there any backlogs so far?

— We’re well ahead of schedule compared to our roadmap. Due to the diligence and hard work of our development team, we’re always pushing ahead and their superb skills ensure any bumps are quickly corrected.

Q4. According to your whitepaper, you will be launching a secure messaging app, what’s the idea behind this?

— Nobody wants their personal messages being ‘read’ by software (or anything or anyone else for that matter) so they can be served advertisements. A secure, Pentagon-standard messaging service allows people to talk about their personal issues, babies not feeling well, or anything else without their data being used by a third-party.

Q5. What’s your personal opinion on blockchain and how do you imagine a future built with blockchain at its core?

— The ATRONOCOM App will be released in its third phase and, unlike other projects, be available on multiple platforms including desktop, laptop, and Android and iOs via PlayStore and Apple Store. It offers users the ability to carry out transactions all in one place instead of needing multiple apps to manage their finances.

Q6. Could you maybe tell our audience where they can find you, what to look forward to in the future?

— In the words of a senior member of the ATRONOCOM team, focus on the future and don’t hang in the past. What happened with Bitcoin cannot be changed, but what is in front of you, ATRONOCOM gives you all the opportunity to develop into greatness. Give it a thought and make it into action; we are aiming for the Moon. Won’t you join the Legion? https://atronocom.io.

Berlin: Next month UNCHAIN Convention 2019 will set up a get-together with state of the art crypto voices again, amongst others Tone Vays and Brock Pierce