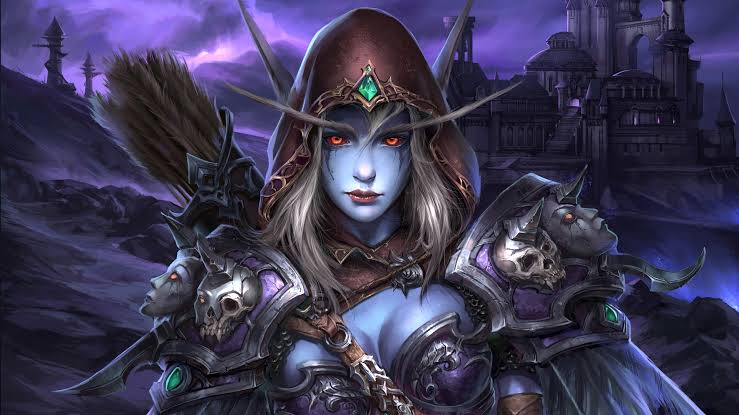 One of the recognized pro-Hearthstone players in the entire world, Dima “Rdu” Radu did provide the world as a whole with a massive spoiler while live-streaming the game. The gamer has revealed that a big, bad, and beautiful villain of World of Warcraft namely, Sylvanas Windrunner has made her debut in Hearthstone.

By the looks of it, the prominent character of World of Warcraft has already headed to CCG of Blizzard as a new hero skin. Sylvanas Windrunner is a new hunter hero in Hearthstone. Almost all the content on Rdu’s Hearthstone account seems to be locked as he is a streamer. Moreover, the things which are yet to be released in the new update are also locked.

However, something that is entirely unexpected did take place in a recently uploaded clip. When the streamer took a quick look at another new hero, namely Dame Zazelbark, a Druid, the streamer turned a page in the video. Soon, the streamer took notice of the highlighted hero, Sylvanas Windrunner in the lister.

However, Sylvanas Windrunner did not seem to be active as a playable character; however, the role is a part of the game. Then the notable Hearthstone streamer giggled nervously and said to the camera, “spoilers.”

Is this the first time that people are noticing Sylvanas Windrunner in the game?

The inescapable truth is that this isn’t the first time that a steamer or a gamer noticed Sylvanas Windrunner in Hearthstone. By the looks of it, there is a card with Sylvanas Windrunner’s name as well as art. However, the card is listed as a neutral minion legendary card.

Later the card was moved to the 2017 Hall of Fame in Hearthstone, which suggests that none of the players can use the card. The reason why the card was no longer there as a playable card is that the developer didn’t provide the card in the Standard format. Also, this is the reason why the gamers weren’t able to acquire the card via conventional card packs.

Also Read: The Division 2: A Snowball Holiday Event is Coming Next Week

Now, the chances are that Sylvanas is available in the form of paid cosmetic. The gamers might have to buy the card from the in-game buying option and then use it according to their convenience. However, neither does Hearthstone’s gaming community nor does anybody else know about the arrival of Sylvanas into the gameplay.

Did the developer respond to this revelation yet?

Blizzard was reached out by PC Gamer regarding the Sylvanas Windrunner card. But the studio is yet to reveal anything about the card. Sylvanas Windrunner is regarded as an iconic figure in the franchise World of Warcraft. As a popular character, she is also considered as The Banshee Queen and The Dark Lady.

As one of the notable villains of World of Warcraft, Windrunner used to be Horde’s Warchief and a force that no one could face. Hearthstone is an entirely free-to-play digital collectible online card game that has been published and developed by the creator of World of Warcraft, Blizzard Entertainment.

Hearthstone is the continuation of the Warcraft series, and it utilizes the similar relics, elements, and characters of the main series.