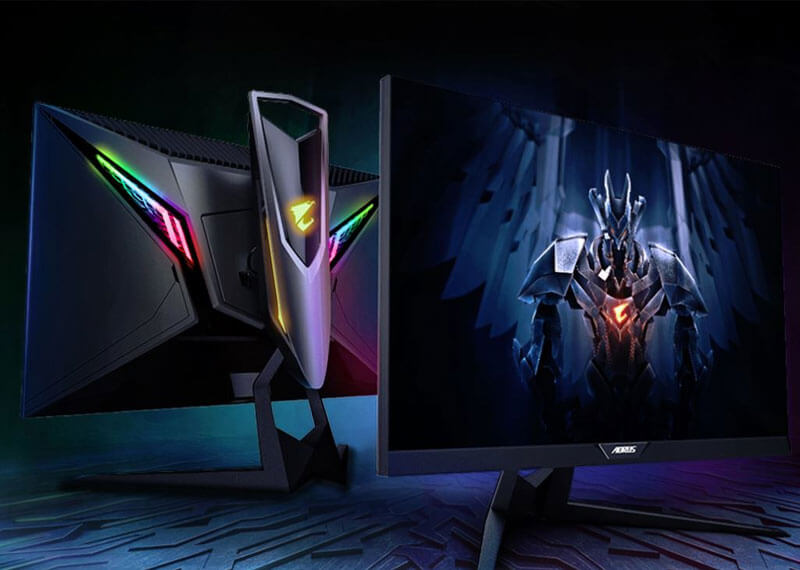 In the past few years, the Taiwanese distributor and manufacturer of computer peripherals have expanded a variety of businesses. The previous year, GIGABYTE introduced the first generation of its SSDs. The tech manufacturer and distributor reportedly took a very conservative perspective and released some of the entry-level drives.

Other than SSDs, GIGABYTE also offers other computer peripherals such as memory modules, keyboards, and mice. There are some of the gears that GIGABYTE has introduced only for the gamers.

This year, GIGABYTE has entered the market with a new line of product, gaming displays. The company offers the next high-end gaming monitor called the Aorus AD27QD. The 27-inch Aorus monitor comes with the 8-bit panel and 10-bit scaler. The IPS QHD monitor offers more than a decent frame rate of 144 Hz which is perfect for gaming.

The Aorus AD27QD features a very weird chassis which looks like alien invaders. Creatures from Half-Life 2 and Herbert Wells’ War of the Worlds share a striking resemblance with the Aorus AD27QD. The monitor is equipped with four RGB bars which can be programmed on its sides.

People at CES spotted the RGB-lit golden eagle styled like Aorus in the middle of the monitor. The chassis and the stand look quite glittery. Given that the gaming monitors are styled aggressively, GIGABYTE will give those monitors a stiff competition. By the looks of it, GIGABYTE has outpaced its competitor with Aorus’ design.

The only thing which is essential for the gamers rather than the mesmerizing design is the specs. The monitor is based on the 10-bit 2560×14140 resolution with IPS LED panel. The display of Aorus offers viewing angles of 178°/178°. The FreeSync Technology of AMD powers the monitor, and it offers a maximum of 144 Hz. Aorus can also produce 95% of DCI- P3 color space.

One of the key selling points of GIGABYTE’s Aorus is that the monitor displays the control of its software. The control also includes OSD which displays quite important information related to CPU. The monitor displays, the speed of the fans, the temperature of CPU, mouse sensitivity among others. The OSD is also comprised of a unique functionality called the ‘dot sight.’

The dot sight features a custom image right in the middle of the screen. It helps the gamers in aiming at the first-person-shooter of choice.

The monitor is specifically designed for gamers, so, Aorus AD27QD supports tons of new features which are aimed towards them. The active noise canceling technology of GIGABYTE and the FreeSync technology makes the monitor irresistible. There is another added feature which makes Aorus unique, and that is the ANC feature. ANC features allow the gamers to utilize voice communications for coordinating their actions. The monitor will be priced around $599.