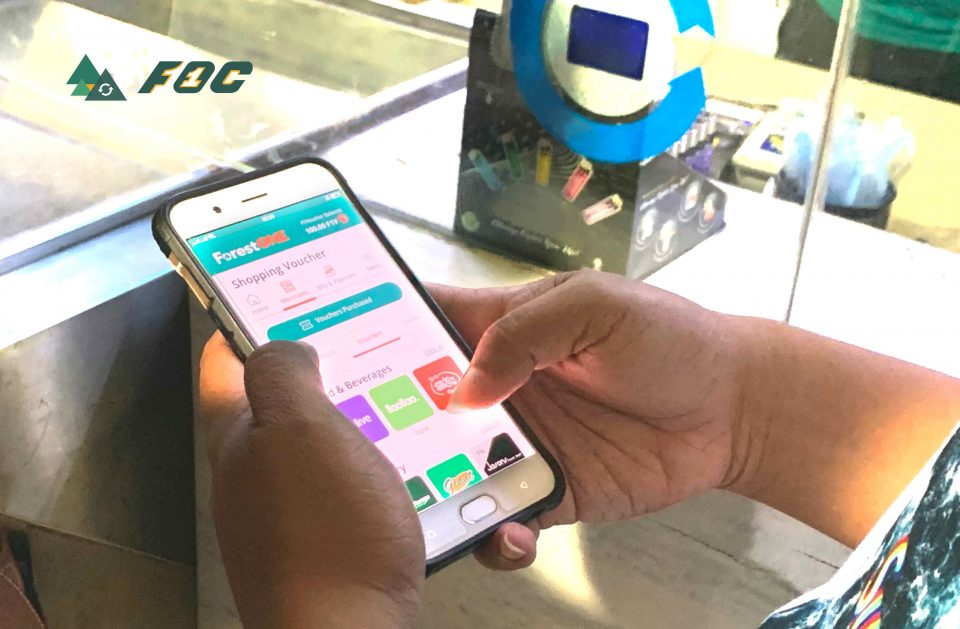 SINGAPORE, 18 JULY 2019— Forest One Network Technology, the Singapore-based blockchain development arm of ForestONE, today revealed its plans to introduce utility for its tokens. Going forward, Forest One Network Technology will enable token holders to utilize their tokens (Forest1 Coin) on the ForestONE Digital Transaction Platform (DTP). The announcement comes on the back of a partnership with blockchain advisory firm, Jigsaw Capital, with the two companies looking to explore the further integration of blockchain technology within the ForestONE ecosystem.

Launched in September 2018, ForestONE is a next-generation cashless Digital Transaction Platform which empowers both merchants and consumers to complete transactions swiftly and securely while earning rewards via their community’s natural spending. The platform has garnered over 70,000 users from across Malaysia since its launch, with a host of reputable merchants including KFC, Petronas, Petron, Starbucks, Giant, llaollao, Watsons, Cold Storage, Marks & Spencer’s, Parkson, Uniqlo, KK Mart, and 99 Speedmart.

Mr JP Chin, Chairman of ForestONE, said, “As innovators, we are continuously seeking ways to improve B2C transactions for the monthly recurring natural spending needs of our users. The benefits provided by blockchain technology in terms of transparency and security will elevate the user experience and enhance user confidence in ForestONE. The launch and future integration of Forest1Coin into our Digital Transaction Platform is just the beginning, and we hope to include more tokens as we expand.”

In a time where cashless transactions are fast gaining popularity, there are growing concerns from consumers regarding their data and transaction security. By implementing blockchain technology as the backbone of its platform, ForestONE aims to leverage on the immutable nature of blockchain data to protect both merchants and consumers against potential hacks and leaks. This is coupled with the implementation of Forest1 Coin utility within its mobile app, where the company is currently exploring ways to utilize their tokens on theForestONE ecosystem. Forest1Coin utilizes the Stellar Protocol to issue its tokens to ensure faster and safer transactions.

Nicholas Soong, Director of Jigsaw Capital, explained the significance by saying, “The Stellar Protocol was chosen as a consensus model precisely because of its ability to deliver speedy and secure transactions. With an average settlement time of about 5 seconds, it compares favourably against other popular systems like the Ethereum network which has an average settlement time of about 3 to 4 minutes. In addition, it also utilizes a flexible trust system that makes it less susceptible to attacks. This is important for companies like ForestONE, who are looking to integrate the token into its ecosystem, as it ensures a safe and enhanced user experience.”

While Malaysia-based ForestONE is continuing its efforts to attract more merchants locally, the platform also announced plans to expand beyond its shores. The cashless Digital Transaction Platform plans to utilize funds raised from this ICO project by its Singapore-based entity, Forest One Network Technology Pte. Ltd., for its regional expansion and has eyes on Vietnam, Singapore, Indonesia, Philippines, and Thailand as its next target markets.

With regional expansion firmly in the platform’s sights, Forest One Network Technology plans to use its Forest1Coin ICO efforts as a stepping stone to further develop the tokens for direct use at stores via the fiat on-ramp mechanism across several countries within Southeast Asia.

Forest1Coin (FOC) is the Initial Coin Offering (ICO) by Forest One Network Technology Pte. Ltd, the Singapore-based blockchain development arm of ForestONE. Launched in March 2019, the token is powered by the Stellar Consensus Protocol (SCP) as part of ForestONE’s plans to open its platform to access the advantages of digital transactions while adopting blockchain technology. The token is currently undergoing its ICO Pre-Sale.

ForestONE is a next generation cashless Digital TransactionPlatform that enables both merchants and consumers to complete transactions swiftly and securely while earning rewards via their community’s natural spending. Launched in September 2018, the mobile phone application allows merchants and consumers to perform fuss-free cashless transactions, rewarding users through a simple referral program which encourages frequent usage of the mobile app for natural spending and community building. Since its launch, ForestONE has attained over 70,000 users to date, offering over 200,000 SKU of products from a host of reputable merchants including KFC, Petronas, Petron, Starbucks, Giant, llaollao, Watsons, Cold Storage, Marks & Spencer’s, Parkson, Uniqlo, KK Mart and 99 Speedmart.

Press Contact
On behalf of Forest One Network Technology

What Makes a Cryptocurrency Exchange Popular?