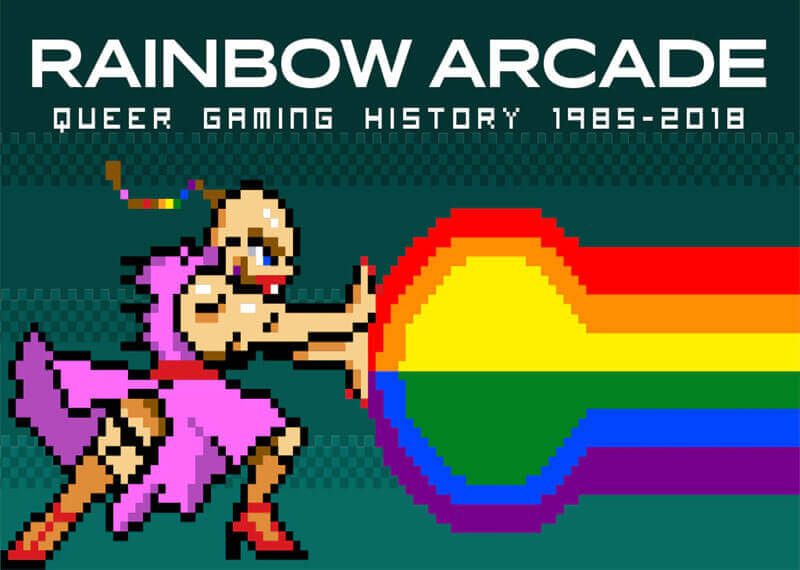 Rainbow Arcade at Schwules Museum located in Berlin. Rainbow Arcade will chronicle more than thirty years of queer content in games from the year 1985.

Schwules Museum is one of the world’s famous cultural institutions showcasing the culture of LGBTQIA video games. And now, the museum has launched the Rainbow Arcade exhibition in order to incorporate the history of LGBTQIA games. Rainbow Arcade spans more than thirty years of queer gaming content via memorabilia, fan art as well. Also,  video interviews held with game designers. The content is later shown in the form of a color-coded rainbow tour.

What else is in store!

The rainbow tour’s final part will showcase numerous playable titles like the ‘Caper in the Castro’ which was released in the year 1989. This murder mystery game revolves around Tracker McDyke, a lesbian detective who tries to find her friends who have been kidnapped. During her hunt, McDyke also drags Queen Tessy LaFemme to the Castro gay district located in San Francisco. The queer game, which was considered outdated, was recently discovered again and converted into a fun, playable format. This was possible only with the help of Dr Adrienne Shaw of the LGBTQ Game Archive.

The characters of LGBTQ games have gained vast popularity in the sphere of video games since the last thirty years. However, despite the increasing presentation of the queer gaming characters, the prevailing gaming sphere doesn’t come up with even one gay character. It is also tough to discover storylines which consider daily experience as the sole of queer games.

As per Rainbow Arcade organizers, the exhibition showcases how social developments and discourses have till date been reflected in games. Besides, it also represents if there’s been any sort of key progress in relation to the representation of LGBTQI in the entertainment industry. Rainbow Arcade also goes through problems related to digital memory and also the challenges digital culture poses to institutions.

A celebration of the community

Artists are supporting the exhibition, developers as well as researchers including Dr Shaw, Jan Schnorrenberg, Sarah Rudolph. Nicholas Simoneau will handle the visual design of the exhibition. Besides, the organizers have crowdfunded a companion book which shall be published this year, in April.

Notably, since the time Schwules Museum was founded in 1985, the museum has collected and preserved the LGBTQIA community’s heritage. It is a very important institution which entirely depends on the work and support of the people in the community.

With such an amazing history of Schwules Museum, it’s indeed the perfect place to present the culture of LGBTQIA video games. And interestingly, this is the first time that most of the LGBTQIA games will be disclosed at a museum.